Whoever labelled South Africa as an undercooked team before the start of the first Test at The Oval has put his foot in his mouth. Some quick conclusions were drawn after the end of first day’s play, and the South Africans were expected to wilt under the pressure exerted by Alastair Cook and Jonathan Trott. But little did the English know that the next three days would be nothing less than an ordeal for them. 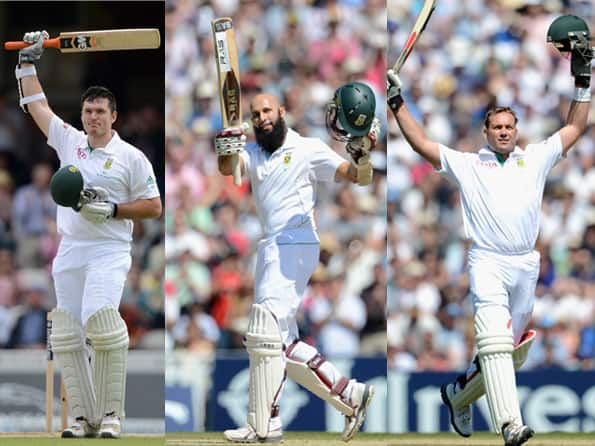 Whoever labelled South Africa as an undercooked team before the start of the first Test at The Oval has put his foot in his mouth. Some quick conclusions were drawn after the end of first day’s play, and the South Africans were expected to wilt under the pressure exerted by Alastair Cook and Jonathan Trott. But little did the English know that the next three days would be nothing less than an ordeal for them. The fact that they could dismiss just two South African batsmen before conceding a first innings lead of 252 runs is something that one of the best bowling attacks would have least expected. Worse, the world’s No.1 ranked Test team are staring at defeat on the final day of this emphatic first Test.

The South African bowling attack looked very insipid on the first day, but one can expect the likes of Dale Steyn, Vernon Philander, Morne Morkel and Jacques Kallis to quickly change gears. That fact was reinstated when the four-pronged pace attack took seven wickets for just 118 runs on the second day before Graeme Smith and Hashim Amla made merry with the bat. Never has a batting line-up looked so assured against one of the leading bowling attacks in the world during recent times. Graeme Smith, Hashim Amla and Jacques Kallis have virtually batted the English out of the first Test.

Stuart Broad, James Anderson, Tim Bresnan and Graeme Swann have created havoc and caused inconvenience to almost every opposition on a consistent basis since the last couple of years. In the last 12 months, these four have picked 180 wickets between themselves, inclusive of eight five-wicket hauls and two 10-wicket hauls. The fact that such an attack was taken to cleaners by the South African batsmen speaks volumes of the Protean batting line-up. These four bowlers conceded over a hundred runs each during the first Test, during which Swann and Broad went wicketless, whereas Anderson and Bresnan picked up just a wicket each.

In my previous article, I had mentioned how the South African top-order can be a thorn in the flesh of the English bowlers. Before the start of the first Test, Amla, Smith, Kallis and AB de Villiers were touted to be the game-changers and they didn’t disappoint. Amla became the first South African ever to score a triple century. And this is one innings he will never forget, primarily because of the conditions and the kind of attack it came against. Kallis went on to better his sombre record in England, and one mustn’t forget Smith’s century that came at the top of the order. Having watched them bat for over two days, one can’t help but get the feeling that they will continue to dominate as the series progresses.

South Africa’s bowling department, which appeared out of place on the first day of the Test, seems to have found its original rhythm. These are ominous signs for England who seem to be fighting a losing battle at The Oval. They trail by almost 150 runs with just six wickets in hand. Considering the fact that this is just a three match Test series, it will be an arduous task for England to recuperate if they go on to lose the first Test. Their bowlers have taken a battering, and barring a couple, the rest of the batsmen haven’t looked up to the task yet.

But credit must be given to the South African batsmen for manually turning the tide in their own favour. They stuck it out in the middle and weathered the initial storm when Anderson and Broad unleashed a spell of brilliant swing bowling. The batsmen also did well to not get ruffled by the dismissal of Alviro Petersen in the very first over of the first innings. Petersen was the only South African batsman to have missed out despite having a good build up before the first Test. Nevertheless, his Test record since the last couple of years has been decent and it’d be too early to write him off in English conditions just yet.

It’s an uphill task for England from hereon to save this Test. However, the good news for England is that there is a 10-day gap before the second Test begins at Leeds. That should be an ample amount of time for the hosts to regroup and defend their No.1 ranking. Apart from the first few sessions in the first Test, England haven’t looked like a world-beating side. They need to resurge quick else they could lose their supremacy in this format faster than anticipated. That, however, looks a very possible scenario going by the last three days’ of play.

MS Dhoni and Co. haven't learnt from past over-rate offences