Barisal is known for its rice plantations and 17th century Portuguese pirates. It may soon be equally well known for being the home of Sohag Gazi, the young Bangladesh all-rounder with a taste for scrawling all over cricket's record books. 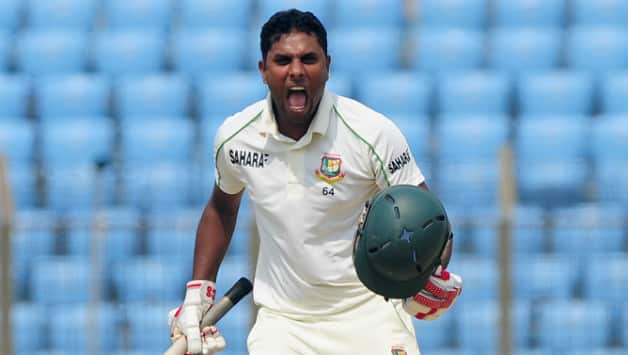 Barisal is known for its rice plantations and 17th century Portuguese pirates. It may soon be equally well known for being the home of Sohag Gazi, the young Bangladesh all-rounder with a taste for scrawling all over cricket’s record books. Initially this was an unwelcome tag, as his first ball in Test cricket was dispatched for six with aplomb by the most casually aplomb batsman of our times, Chris Gayle, rendering him the first bowler to have his maiden delivery go for a maximum in the longest form.

Last weekend, however, he necessitated a more desirable amendment to the annals by becoming the first player in history to score a century and take a hat trick in a Test match. It was against a New Zealand side intent on making apathy look like a virtue, but a Test nevertheless. He’s 22.

On Saturday came his ton, a decisive, uncomplicated effort in batting with the tail which saw him hitting both inside out and, predominantly, over the top as well as essaying the ability to get the short ball away behind square on both sides, albeit not entirely comfortably on occasions. His natural swish takes him from outside off towards squarish mid-on, a trait which led to one very decent LBW shout during this knock and possibly more in the future if not perhaps tweaked slightly. But overall the weakened Kiwi attack had no answer to his simplistic bravado.

His hat-trick was part of figures of six for 77 and his eight wickets in the match took his tally up to 34, comfortably the most for any Bangladesh off-spinner, and in fact only three right-arm off-spinners other than Gazi have taken more than 10 wickets in the nation’s history. His off spin induces genuine turn, despite a quirk in his run up, whereby his delivery arm flicks back like a petulant footballer trying to elbow a chasing opponent in the gut, and the three balls which led to his place in history where all more than worthy. On his One-Day International (ODI) debut, soon after his Test bow, he claimed four for 29 against the West Indies. This included the wicket of Gayle trying to again hoick him up and over, confirming his ability for schadenfreude (a feeling of enjoyment which comes from seeing or hearing about the troubles of other people), a valuable asset for any bowler.

Shan Masood was born 24 years ago in Kuwait, which isn’t known for its rice but has endured invaders. Desert storm? Well, as you ask, that’s exactly what the young Pakstani left-hander with a face fresher than dew kicked up in Abu Dhabi as his 75, in conjunction with his opening partner Khurram Manzoor‘s 146, laid a platform for Pakistan — those words alone do justice to their achievements — to, as I write, put the world’s No 1 side South Africa in the sort of position they usually inflict rather than endure.

Whilst Khurram swiped over the top against JP Duminy and Robin Peterson, Masood played largely square of the wicket as befitting a man, whose self-declared hero is Alastair Cook. England openers clearly loom large with him, for he notched one leg side boundary off Dale Steyn, which was Michael Atherton in reflection and left the world’s greatest bowler looking, appropriately, more exasperated than Allan Donald at Trent Bridge in 1998.

He eventually played all round a fuller, flatter one from Duminy, a delivery perhaps induced by Manzoor’s peerless driving of anything looped, but Masood was left to enjoy a debut knock on his birthday which would have pleased his former coach at Durham University, Graeme Fowler — a man who knows a thing or two about accumulating runs in sub-continental conditions. He bowls a bit of nippy medium pace, too, as former South Africa ODI in international Dale Benkenstein found out during that time Masood spent in England back in 2011.

On Wednesday, Virat Kohli may again have taken the plaudits for precocious genius, but away from the hullabaloo of a Jaipur pitch, which was as equally suited to putting as batting, Gazi and Masood have both quietly put down their markers for the future.

India vs Australia 2013 Preview: Wounded visitors aim to strike back in 3rd ODI at Mohali