Sourav Ganguly, in his book A Century Is Not Enough, recalls the events that led to John Wright s appointment.

Sourav Ganguly s ingress as Indian captain coincided with the 2000 match-fixing scandal. Not only did he lose a couple of senior players from the side, but also the then Indian coach Kapil Dev resigned after his name found a place in the controversy. Indian cricket was thus left in further lurch.

Ganguly was taken aback as he had never been approached by a bookie. He found the turn of events hard to believe. Some of the seniors in the side, including Rahul Dravid, confirmed that they had not been approached either. Meanwhile, Kapil was left devastated by the accusations, breaking down on national television. Ganguly felt sad to see the legend go through the turmoil, but he had a task in hand, that of pedalling Indian cricket to safe waters.

Ganguly s experience as captain was limited. He not only had the job to restore the supporters faith in the game but also rebuild a quality side that could be compete against the very best. The need of the hour was a coach.

While bad news [of match-fixing] was drowning Indian cricket and making undesirable headlines, my deputy and I were a few thousand miles away in England playing county cricket. We had both flown to England from Bangladesh [for Asia Cup 2000].

Of course one kept track of the news but it was not the same as when you are in India. Remember this was the pre-YouTube-Internet era. It was while I was in England that I was told that our coach wanted to end his term because of how upset he was by the scandal. So the new captain needed a new coach. A quality coach, Ganguly writes before dismissing the myth that Raj Singh Dungarpur was instrumental in getting the New Zealander.

I later read newspaper reports suggesting that Raj Singh Dungarpur was instrumental in bringing John Wright as the new Indian coach. This was anything but true. John s name was first suggested by Rahul. He was coaching Kent, where Rahul played as an overseas professional.

Much before Wright, Bobby Simpson had worked with the Indian team as a consultant during Anshuman Gaekwad s tenure as head coach. Ganguly believes that the transformation had started under Simpson tenure during the 1999 World Cup. There were fitness regimes, players were waking up early for the runs and the coaches had taken control over the preparations.

Ganguly and Dravid were already vital cogs in the line-up in 1999. Good friends, they often discussed during the World Cup in England that such initiatives need to be at fore to take Indian cricket forward. Little did they know that a year on, the onus of Indian cricket would be on them.

They caught up after a match between Lancashire and Kent: Rahul and I met again when Lancashire, my county team, played Kent. After competing on the field, we caught up at an Indian restaurant where we discussed our team rebuilding. Rahul mentioned John, who he was very impressed with. At Rahul s insistence I had a meeting with John and immediately took a liking to him. This is how his name came to be recommended to the BCCI. I thought history was created when John took over the Indian team. He introduced new culture of fitness, bringing in a fitness expert and a trainer. It reshaped Indian cricket, Ganguly recalls.

Random Facts: Ganguly does not make it clear on which city they met. Kent met Lancashire at Canterbury. The match was the first Championship match for both Ganguly and Dravid. It was a washout and it is unlikely that Dravid would have made an opinion on Wright so soon.

Manchester is probably a likelier option. Kent and Lancashire squared off in National League Division One game on August 15 and then played a County Championship match from August 17. Kent won the first match, Dravid (60* off 43 balls) outclassing Ganguly (52 off 51). Both had dismal outings in the Championship match, which Lancashire won. Ganguly got 0 and 5, whereas Dravid got a run more in each innings.

Ganguly and Wright, along with Dravid, formed a successful leadership unit that went on to mark a positive transition in Indian cricket. Wright and Dravid always remained close. Ganguly and Wright often fought and disagreed, but took each other s decisions in the right spirit. Years on, all three remain good friends. 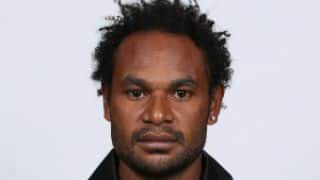