The build-up of Pune Warriors India’s second season has been rocky and marred by controversy. The Sahara-Board of Control for Cricket in India (BCCI) spat had put their status in a precarious position as uncertainty loomed large. Nevertheless, a settlement has ensured Pune’s participation and they can now channelise all their energies to the cricket field. 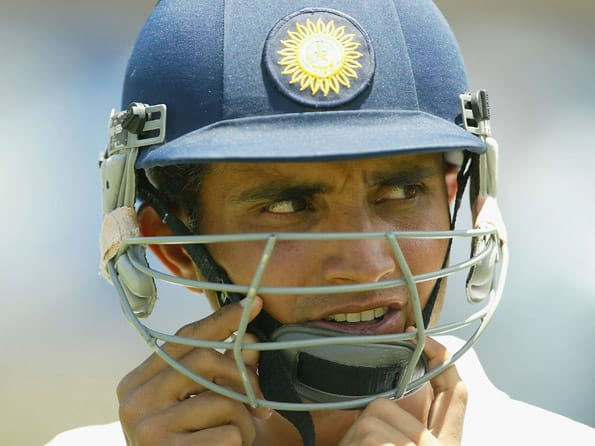 The build-up of Pune Warriors India’s second season has been rocky and marred by controversy. The Sahara-Board of Control for Cricket in India (BCCI) spat had put their status in a precarious position as uncertainty loomed large. Nevertheless, a settlement has ensured Pune’s participation and they can now channelise all their energies to the cricket field.

During their debut season in 2011, Pune started off by showing promise with clinical performances. Under the leadership of World Cup hero Yuvraj Singh, the team looked formidable with some renowned international stars. However, it all went awry as they ran into a prolonged losing streak. Despite having some good players, the side didn’t click and played mediocre cricket. A year later, they have added new players, but would miss the recuperating Yuvraj – a player who can put in stellar tournament-winning performances.

A look at the Pune roster gives one the impression that they have packed team with foreign recruits. There are a few good Indian players, but the major game-changers are from overseas. With the cap of four foreign players in the eleven, it is a dangerous to completely rely on their contributions. If one goes through the IPL record books, one would find that the successful teams have had major contributions from the Indian players and they can make or break the side’s campaign.

Amongst the Indians in the squad, Robin Uthappa seems to be the only impact player who can turn the match on its head. The only problem is that he isn’t very consistent and can be frustrating at times. When on song, Uthappa can tear apart any bowling attack and the shortest format gives him the freedom to express himself. Pune need a major contribution from him as they would be without the talismanic Yuvraj.

At the age of 39, Sourav Ganguly is on the verge of writing a new chapter in his celebrated cricketing career. Picked from obscurity by Pune during the 2011 season, he got a new lease of life after being ignored at the auction. The strangest thing was that he came in as a replacement for the injured Ashish Nehra – a fast bowler. It was a decision that seemed more emotional than one based on cricketing logic. Furthermore, his appointment as captain (for this season) too doesn’t seem to have much behind it, apart from the fact that there isn’t anybody in the squad who can take up the mantle.

Ganguly was never the fittest player or the swiftest mover on the field. It is clear that he isn’t the cricketer he was a few years ago. Although he may have played the domestic season for Bengal, to expect him to maintain high standards in the exacting format of T20 is a tough ask. His fielding, in particular, would come under intense scrutiny and may cost Pune a few runs. Nevertheless, he has always been a fighter and it wouldn’t be a surprise if he performs beyond expectations.

The biggest challenge before him would be to lead the side and field one with the perfect balance. The make-up of the side is different from that of last year with a number of players coming in. Michael Clarke, Marlon Samuels, Tamim Iqbal, Steven Smith and Luke Wright are the new international stars in the squad. The Australian captain’s addition was a huge surprise as he hasn’t played T20 cricket for quite some time and also isn’t a renowned hitter. His form during the Australian summer would have been the biggest factor in his inclusion and the change of heart.

Apart from the new recruits, they already have Alfonso Thomas, Jesse Ryder, Angelo Mathews, Nathan McCullum, Callum Ferguson and Wayne Parnell in the international pool. To pick four players from the combined list is a tough proposition and the Pune think tank would have made a proper plan to solve the dilemma.  The only respite is that Clarke wouldn’t be available till the end of this month and Mathews would arrive after the ongoing Test between Sri Lanka and England is done. Thus, the problem is a little smaller for the time being.

Ashok Dinda is the major addition to the Indian camp. His recent domestic form would hold him in good stead and Ganguly’s presence as skipper may help him adjust to the new side. Nehra, Uthappa and Rahul Sharma would be the certainties and other spots would be a toss up between a number of Indian players.

Rahul’s performance during the 2011 season was the only bright spot in an otherwise forgettable campaign. It was that encouraging outing that put him on the national selectors’ radar and fast-tracked his ascendancy to the Indian team. He should aim to replicate his success of the previous season and hope that it delivers the results for Pune. Murali Karthik is the other spinner in the line-up and if the two are played together, the opposing batsmen would have a tough time in the middle overs.

The domestic players such as Monish Mishra, Mithun Manhas, Ali Murtaza and Raiphi Gomez to name a few must make vital contribution, similar to the ones made by Ambati Rayadu for Mumbai or Rajat Bhatia for Kolkata. That can make a huge difference for the side and take the pressure of the heavyweights in the line-up.

The Subrata Roy Sahara Stadium is gearing up for a tryst with the IPL and Pune would hope it brings them good luck. If the IPL opening ceremony wasn’t enough, cricket fans would have to bear another celebrity extravaganza when Pune plays its first game at the new venue. A cricket fan would hope that they do not forget to add a sporting essence. Wishful thinking one may say.