South Africa must put the 0-3 Test series loss to India behind, and focus on the upcoming battles against England.

After getting walloped by India to be handed their first overseas Test series defeat in nine years, South Africa face a stern test back home when they take on England in a home series that will feature matches across formats, starting with a four-Test series. England, who have not lost a series in South Africa for over a decade now, will have the mental edge ahead of the series, while South Africa are yet to recover from the decimation that they were handed by Virat Kohli and his men in India. It is in the upcoming Test series, christened the ‘Basil D’Oliveira Trophy’ after the legendary South African-born England cricketer, that the South Africans must return to their old form by defending their home base. Amit Banerjee elaborates. FULL SCORECARD: South Africa vs England, 1st Test at Durban

It is finally that time of the year when the South African cricket summer commences, and the proceedings begin with the Boxing Day Test between the home side and England at Kingsmead, Durban. The Boxing Day Test has traditionally been hosted by Durban, much like how Melbourne Cricket Ground (MCG) hosts the same in Australia. The excitement of the Proteas fans, however, may not be the same as it usually is in this sports-mad nation; one of the reasons of could possibly be that South Africa are not quite favourites for lifting the trophy at the end of the series despite being the hosts.

That, unfortunately for the hosts, is but an acceptable foresight judging by the recent performances, as well as the confidence levels in both sides. Both South Africa and England arrive in the southern-most nation of the African continent all the way from India and the UAE respectively. Both South Africa and England lost the Test series, while winning the spoils in the One-Day International (ODI) and Twenty20 International (T20I) legs of the tour by convincing margins. READ: Are South Africa getting it right before the England Test series?

However, South Africa began their tour of India by winning the T20Is 2-0, followed by a 3-2 series win in the ODIs before getting thrashed 0-3 in the Tests. It was the reverse in England’s case, where they avenged their 0-2 Test series loss with 3-1 and 3-0 ODI and T20I series wins respectively. Added to that is the fight shown by both teams during the Tests; South Africa surrendered meekly, while England fought tooth and nail. However small it may be, it does but make a difference to the team’s confidence levels, with England’s one-sided victories in their tour matches against South African Invitational XI and South Africa A only boosting their morale.

The South Africans have to lift themselves up at this hour and return to their champion selves that had risen to and still are at the top of the ICC Test rankings. It has to act like the fierce side that remained unbeaten overseas for nearly a decade. It has to be the pack of world-beaters that they are. Where else to start from in this regard than on their home soil against an upbeat English side? It is time for Hashim Amla and co. to put the recent horrors behind and start afresh, this time to break England’s decade-old unbeaten Test series streak on their own backyard. 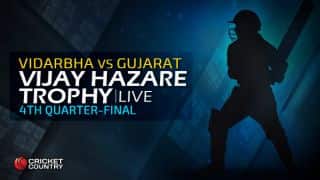