Michael Clarke led Australia to a monumental Test series win over South Africa away. This team has now won two important blockbuster Test series on the bounce. After thrashing England 5-0 in the Ashes 2013-14, Australia have come away with a 2-1 win over the Proteas. Shrikant Shankar believes that Clarke’s Australia are the real deal.

When Australia went nine Test matches in-a-row without winning, they were ridiculed by the foreign media and lambasted by their own. Players kept coming in and going out and there was no set of players who one would have thought as the core bunch. Michael Clarke was the one exceptional player in the side and the rest just added the numbers. There was quality, but either some were out of form and/or some were injured. England were supposed to win the Ashes 2013-14 series regardless of the final score- line. But what happened next was not foreseen even by the staunchest of Australian fans and even players.

Australia thrashed Alastair Cook’s England in all of the five Test matches and won back the urn with a 5-0 margin. The credits started pouring towards Clarke and his Australian team. Mitchell Johnson was singled out as the best player for taking a staggering 37 wickets at a ridiculous average of 13.97. But the bane of Australia’s woeful performances prior to the series — batting — came good against England. The top six run-scorers in the Ashes were Australians. David Warner led the way with 523 runs while Brad Haddin and Chris Rogers scored above 450 runs each.

England were down right poor. There were many issues that were there prior to the series and just kept increasing as it progressed. At the end, team director Andy Flower stepped down and star batsman Kevin Pietersen was told the England team did not need his services anymore. But let us not discuss England here and let us focus on Australia. Due credit was given, but somewhere England’s no show was also taken into context. The real test would be against South Africa away in a few weeks’ time. People said against the likes of Dale Steyn and Morne Morkel, Australia would lose.

But Australia stunned the world’s No 1 side and won the three-match Test series 2-1. Johnson blitzed South Africa in the first Test as he took seven and five wickets in each innings respectively. Shaun Marsh, Steven Smith and Warner scored the runs as Australia won by 281 runs. South Africa brought out all their grittiness and talent to the fore in the second Test to win by 231 runs and level the series. There were still some impressive performances with Nathan Lyon taking five wickets and Warner and Rogers scoring the runs.

Then in the third Test, Clarke finally decided to buckle down and get a big century. He withstood a lot of body blows, but remained unbeaten. Rogers and Smith again got amongst the runs. Johnson and Ryan Harris took the bulk of the wickets and Australia beat South Africa by 245 runs. They played spoilsport in Graeme Smith’s last international appearance, just as the Proteas did in Ricky Ponting’s for Australia. The margin of victories is incredible against the best Test side for the last six years.

Warner ended the series with 543 runs — 20 runs more from the Ashes while playing two matches less. He scored three centuries and two half-centuries. Warner scored two centuries in the third Test. Johnson took 22 wickets — 10 better than the best bowler in world cricket for the last six years in Steyn. Steven Smith’s consistently scored runs as well. Australia have really done well in the last two series at home and away; and against two very different teams. The jokes towards them have stopped. Clarke’s Australia are the real deal. 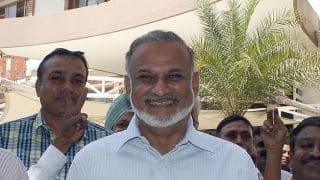 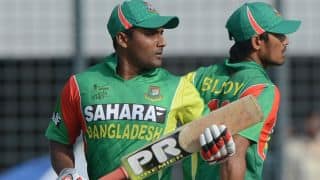