Brendon makes a huge difference to the New Zealand innings.

New Zealand are currently battling it out against hosts South Africa. While the contest between the two promises to be a potent one, with both sides boasting of quality bowling attacks on conducive tracks, New Zealand turned out to be the weaker batting side. Amit Banerjee discusses the impact that the absence of Brendon McCullum and Ross Taylor could have on the New Zealand batting order.

A clash between South Africa and New Zealand mostly promises to be an even, well-fought contest; or so is the impression the two sides have given in the last two decades or so. It is true that things got a bit one-sided a couple of years ago, when the South Africans were at their strongest under Graeme Smith and New Zealand faced one of their lowest points. Off late, however, things have evened out between the two, especially with the Black Caps’ meteoric rise before and during ICC World Cup 2015. New Zealand will miss Ross Taylor sorely on South Africa tour 2015

The two sides met for the first time since their epic semi-final clash in the first T20I at Durban. Much was expected from the two, given the fact that both sides had a point to prove. While South Africa would want to avenge yet another semi-final defeat, New Zealand probably had the nightmares of their previous tour to the country still fresh in mind (they lost both Tests by an innings). The advantage Joe Root and Kane Williamson have over Virat Kohli and Steven Smith

What we got to witness instead was pretty much a one-sided clash as South Africa pulled off a comfortable six-wicket victory, which should have been an eight-wicket one had it not been for the late dismissals of Hashim Amla and Rilee Rossouw. Black Caps captain Kane Williamson and Martin Guptill opened the innings brilliantly for their side, taking on the pace trio of Morne Morkel, Kyle Abbott and Kagiso Rabada to guide the visitors to 68 for no loss in the eighth over. They however lost their way in the middle and the latter stages of the innings, and the middle-order crumbled under pressure. Quinton de Kock will make strong comeback after his unsurprising axe for series against New Zealand

Clearly something’s amiss here. The Kiwis have adapted to the T20I format quite well in the recent years. They did have talented names in their roster, including the likes of Luke Ronchi and Grant Elliott, as well as the new discovery in George Worker. While one must give credit where its due, for South Africa bowled and fielded brilliantly during the latter stages of New Zealand’s innings, the Kiwis clearly seemed to be missing the duo of Brendon McCullum and Ross Taylor, with the former being rested while the latter sustaining a groin injury to get himself ruled out of the ongoing tour.

All said and done, Brendon makes a huge difference to the New Zealand innings, for he can single-handedly tear the meanest of bowling attacks apart, as he did during the World Cup much like the explosive South African batsman AB de Villiers. Baz, as he is known amongst his team-mates, would have been an invaluable addition to the Black Caps lineup, as would Taylor, who was in great touch in the Zimbabwe tour and can also blow the opposition away.

New Zealand could have argued about having a slightly better bowling attack on paper, but the waywardness shown by Mitchell McClenaghan dispelled any such theories. South Africa can right now brag about a better batting order, which is currently tailor-made for limited-overs fixtures. Despite such factors, one cannot predict in the game of cricket, especially in the Twenty20 format. Such is the beauty of the sport. 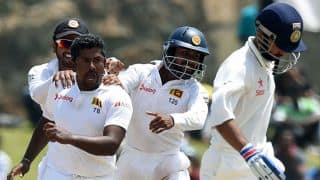 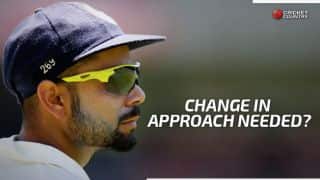