Brendon McCullum has sowed the seeds of a promising era of cricket for his nation and it is up to Kane Williamson to guide them after his predecessor’s retirement.

The series is open with the first Test being abandoned due to rain. South Africa and New Zealand will lock horns in Centurion to decide the fate of the series. Lot is at stake for both the teams with the ICC Test rankings heating up with every series. Brendon McCullum completely changed the way New Zealand played cricket under him and Kane Williamson will like to carry on his legacy with a win against a tough yet out-of-form team, playing in their den. A series win here will mean a lot to the young squad of New Zealand before they head to the Indian sub-continent for a three-Test series against Virat Kohli and co. FULL CRICKET SCORECARD: South Africa vs New Zealand, 2nd Test at Centurion

The series against Zimbabwe was a remarkable start for Williamson as Test skipper but he knows the series did not test his potential as captain as they were up against a weak team. He has a task in hand beating a team against whom they have a shabby record in the longer format.  They have won four matches against the Proteas with three of those victories coming in South Africa. Though they do not have a pleasant record against the opponents but they still have fared well in comparison to playing at home.  Williamson will hope his side will maintain their form in Tests, in the new season, with a series win at Centurion. New Zealand will feel confident if they snatch another series win before heading to India for a tough series.

Batting: Martin Guptill and Tom Latham will open the innings for their side and will be up against Dale Steyn and Vernon Philander. With Steyn coming back after injury and looking in good rhythm, as seen in the series opener, they have a task in hand to ensure their team gets to a good start. Guptill has been out several times against the pacers and the responsibility is on him since he is the senior batsman.  Latham was in great stead in Zimbabwe but could not do much in the first innings of first Test. He will like to make a statement in the series decider.

Williamson and Ross Taylor are undoubtedly the main batsmen from the side and the onus will again rest on them to pile maximum runs on the board.  The two have had good partnerships together and will have to take the burden of middle-order.  New Zealand do not bat deep but BJ Watling has shown he is capable of standing tall before the lower-order comes out to bat. He will again be entrusted with same responsibilities. He will have a task in hand facing the likes of Dane Piedt who will be employed to test his patience and resilience. READ: SA vs NZ 2016: Steyn vs Williamson, Amla vs Boult and other key clashes

Doug Bracewell is only 26 matches old and will have to step up if they want to post a big total on board against a quality bowling attack. He has an average of 13.53 and will be challenged to the fullest. He bowled 16 overs in the first innings and grabbed a single wicket. He will be the fourth bowler after Southee, Boult, Neil Wagner and Bracewell.

Bowling: the bowling attack of New Zealand can purchase a lot of assistance from the South African pitch. Boult and Southee are a formidable force and have gained the image of a menacing pair bowling together. Wagner will be expected to apply more pressure from his end when he will be offered the red cherry by Williamson. Wagner has been in good form since Zimbabwe tour and also took three wickets in the series opener. He dismissed Faf du Plessis, Vernon Philander and JP Duminy to apply the brakes on South Africa’s batting.

In the spin department, Mitchell Santner and Ish Sodhi , if he plays, will add more threat to the South African line-up who are without the services of regular Test skipper, AB de Villiers. Santner is almost certain to play with his current track record and will like to run through the batting line-up of Proteas who are not very much comfortable with spin. He got the important breakthroughs of Quinton de Kock and Tembu Bavuma when they were looking settled. His knack of slowing things down and picking up a wicket or two has put him ahead of Sodhi and will like to continue in same stead.

The problem with New Zealand right now is they are short of a quality all-rounder in the team and Santner can fill in that place. For that to happen, he needs to play more and if he performs in a crunch game like this, it will mean a lot to him. His side’s next assignment is in India where he performed well in ICC World Twenty20 (T20Is) 2016 and will like to take more confidence into that tour by another good outing in the final Test. READ: SA vs NZ 2nd Test Preview & Predictions: One-Test series excites both teams

Every team wants to win and win against home teams. This is New Zealand’s best chance to improve their forgettable record against South Africa in Tests and bank upon the fact that their opponents are not in their best shape and form at the moment. South Africa looked clueless and taken aback after the series defeat in India and England. Missing their key players like de Villiers and Morne Morkel, they face a tricky task infront of a side promising to play aggressively under a new leader.

New Zealand have always been a tough and competitive side but never been able to rise after a certain level. McCullum has sowed the seeds of a promising era of cricket for his nation and it is up to Williamson to guide them after his predecessor’s retirement. This is a vital chance for the visitors and will be interesting to see how they perform. 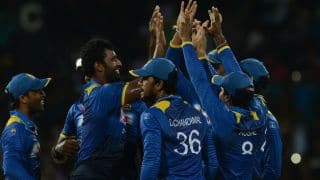 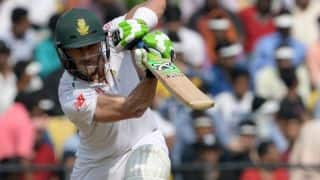