After two back-to-back defeats, visitors Sri Lanka are set to face South Africa in the third and final Test of the ongoing series on Thursday.

After two back-to-back defeats, visitors Sri Lanka are set to face South Africa in the third and final Test of the ongoing series on Thursday. The match will be played at the Wanderers in Johannesburg. Sri Lanka, who were coming off a successful series against Australia at home, disappointed with their performance in the series as the hosts were dominant in both the Tests and won them comprehensively. This will be Sri Lanka s final chance to improve their performances in South Africa in whites as they have already lost the series and have nothing more to lose.

Sri Lanka have utilised the conditions well and the bowling has been impressive but one department where they have disappointed big time is their batting. Batting was among their main strengths during their historic victory against Australia at home but in South Africa, where the conditions are favourable for the pacers, the players did not at all look comfortable. The top-order evidently lacked the skills needed to combat such a quality pace attack while the temperament and composure were also missing. Many fell to the bowlers for poor shot selection, giving in to the pressure created on them which resulted in a not-so-good batting performance overall.

South Africa on the other hand were obviously way more confident playing at home. Though they had neither Dale Steyn nor AB de Villiers, others stepped up in place of them and did their bit to hand their side easy victories. The pace attack looked efficient and disciplined while the batsmen also backed the bowling up. With a green pitch at the Wanderers to be expected, it will again be a happy hunting ground for the Proteas pacers. As the teams gear up for the match, here is the team Sri Lanka is likely to field with.

Top-order: Though the top-order has not been much effective on the tour, skipper Angelo Matthews barely has many options to play around. The visitors would not disturb the equilibrium. Dimuth Karunaratne can be expected to open the innings with Kaushal Silva. The pair has not done much in the series and this will be their chance to shine. Following them, it will be Kusal Mendis who comes out to bat.

The players have done well before which shows the potential they have and with the captain keeping his faith on them despite failures in multiple occasions now, it will instil a lot of confidence in the top-order which will in turn help them do better.

Middle-order: Though Dhananjaya de Silva was sent at No. 4 in the previous match, Mathews can himself come in place of him, which will give a solid start to the middle-order batting. De Silva coming at No. 5 makes sense as he will have the support from both Mathews and Dinesh Chandimal who follows him at No. 6. Chandimal being sent at No. 6 also keeps alive the chance of a big knock and he can also build brief partnerships with the Sri Lankan tail-enders.

Upul Tharanga also makes it to the side for the fact that he can bat anywhere in the line-up and has done comparatively well than Kusal Perera.

Bowlers: The bowling department has been the most impressive for the Sri Lankan side in South Africa. All eyes will be on new talent Lahiru Kumara, who already has 7 wickets from the match he played. He will find a very disciplined Suranga Lakmal and Nuwan Pradeep to accompany him to form the pace attack. Angelo Mathews will be the fourth name in the pace squad that completes the attack. The spin attack will be led by veteran Rangana Herath who has picked up wickets in adverse conditions. To help him, there will be de Silva, who plays in the team as a batting all-rounder. 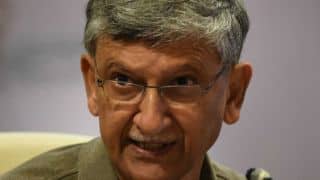 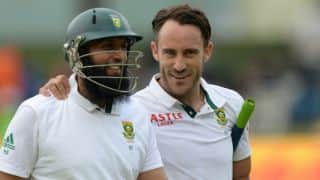