South Africa win their first ever ODI, against India, 1991-92

South Africa win their first ever ODI, against India, 1991-92

The day-night encounter at New Delhi was the second of its kind on Indian soil, and South Africa used their experience of playing under lights.

Eden Gardens welcomed South Africa in open arms when they returned to international cricket after a ban of over two decades. The three-match ODI series did not begin well for South Africa as India sealed the series with victories in Calcutta and Gwalior. Then, on November 14, 1991, came the day-night encounter at New Delhi, the second of its kind on Indian soil, and South Africa hit back, thanks to their experience of playing under lights. Abhishek Mukherjee re-lives South Africa s maiden ODI win and their first international win since readmission to cricket at the highest level.

South Africa had received a grand welcome from the Calcutta on return to international cricket. They lost the match, but won many a heart on comeback, with Allan Donald making the biggest impact of all. Eden Gardens was shocked to see Dave Richardson stand yards behind the batsman off Donald, who bowled at lightning pace, wrecking the Indian top-order, taking 5 wickets on ODI debut, and sharing the Man of the Match award with Sachin Tendulkar. ALSO READ: Eden Gardens witnesses South Africa s return from exile

India batted first in the second match at Gwalior, scoring 223 for 6 in 45 overs. They looked set for more after Krishnamachari Srikkanth, Navjot Sidhu, and Sanjay Manjrekar all scored fifties, but once again Donald struck, taking out Mohammad Azharuddin, Kapil Dev, and Pravin Amre, and finishing with 9-1-36-3. Once again Kepler Wessels fought back; following his 50 at Calcutta with 71, but all South Africa could manage was 185 for 8.

The teams then moved on to New Delhi, to play the second day-night ODI on Indian soil. Jawaharlal Nehru Stadium, a multi-sport ground, had floodlights installed for Asian Games 1982. In 1984-85 the ground had hosted the first floodlit ODI in India and outside SCG. India had hosted Australia, and curiously, Wessels was named Man of the Match for his 107. It would remain his only ODI hundred. He was back again, this time in South African colours.

It was surprising that India did not host a day-night ODI for 7 years. When they eventually did, the ground hardly resembled anything that can host a cricket match. Wisden wrote: The cricketing validity of the game was somewhat reduced by the use of the city’s athletics stadium where the outfield included four separate surfaces: grass, the Tartan of the running track, artificial grass over the long-jump pit and tarpaulins. Even then, a crowd of 75,000 meant that there was no lack of enthusiasm.

Things looked even more bizarre (especially if seen with a 21st-century eye) when India took field in white trousers and pads to go with their traditional light-blue-and-yellow jerseys. South Africa, of course, were entirely in green: even the pads.

Ravi Shastri, leading in the absence of Azhar, opted to bat, and Srikkanth gave India a quick start. For once Donald was conquered. Clive Rice made quick bowling changes; it took the off-breaks of Peter Kirsten to go past Srikkanth: he had scored a 61-ball 53.

Manjrekar walked out to join Ravi Shastri. Neither was known particularly for aggressive batting, but this time Manjrekar surpassed expectations by launching a furious assault on the South Africans. The fast bowlers Donald, Rice, Craig Matthews, Brian McMillan, and Richard Snell could not stop the man whose reputation in Indian cricket circuit, till then, had been of a stonewaller.

By the time Manjrekar was caught by McMillan off Rice he had raced to 105 off a mere 82 balls. An interesting aspect of the innings was the high proportion of singles: he hit 8 fours and 2 sixes, which meant that 61 of his runs came in 72 balls without a boundary. The pair had added 175 at about 7 an over.

Donald claimed Tendulkar cheaply, but Shastri reached his fourth ODI hundred. He was run out off the last ball of the innings for what would remain a career-best 109 (scored off 149 balls). India finished on 287 for 4, leaving one wondering how many they could have scored had Shastri accelerated earlier: India still had Dilip Vengsarkar, Amre, Kapil, and Chandrakant Pandit.

Cricket under lights, as mentioned, was not a common practice in India. In South Africa, however, day-night matches had been popular for some time. The interval was marked by frequent firecrackers, and, as if on cue, Jimmy Cook and Wessels got the tourists off to an excellent start, adding 72 in quick time before Manoj Prabhakar sent Cook back.

Rice had held Andrew Hudson back. He now promoted Peter Kirsten, who brought Delhi to its feet with his deceptively languid strokeplay. Wessels had been left high and dry in the first two ODIs, but for the first time in the series, he batted freely. The pair added 111 before Wessels was trapped by Venkatapathy Raju for a 105-ball 90, making it three fifties in as many matches.

Out walked Adrian Kuiper. He had got off to starts in both ODIs, but more importantly, he had shown that he could hit the ball extremely hard. He had hit a six in each of the first two matches, the one at Eden Gardens being a massive one.

The asking rate had, meanwhile, crept up to the 7-mark (substantial, given the era), but Kuiper was in another zone. He stepped out to Kapil, Prabhakar, and even Javagal Srinath (the quickest of the three). When Srinath tried to outthink him by bouncing, he hooked and cut him ferociously, still outside the crease. The Indian fast bowling fell apart, and the crowd, in an extremely sporting gesture, continued with the firecrackers.

Kirsten, meanwhile, was happy to give the strike to Kuiper. The South Africans had seen out Raju (10-0-48-1), probably because batting against spin was not their strongest point. India needed to get a wicket, especially Kuiper, though in all fairness, South Africa still had Hudson, Rice, McMillan, and Dave Richardson in the pavilion.

Unfortunately, Shastri kept Kapil and Prabhakar for the end instead of going all out for a wicket. It probably had to do with the fact that Kuiper had been handling the seamers with ridiculous ease. In the end, South Africa won the match with 8 wickets in hand and 20 balls to spare: Prabhakar had 8 balls to bowl, and Kapil, 12.

Kirsten finished with 86 from 92 balls, and was surprisingly named Man of the Match ahead of Kuiper, whose 63 took a mere 41. As Arunabha Sengupta wrote, His [Kuiper s] 63 from just 41 balls that day not only took South Africa comfortably past the formidable target with 20 balls to spare, it also put the re-emerging nation firmly onto the cricketing map.

Man of the Match: Peter Kirsten.

Man of the Series: Sanjay Manjrekar and Kepler Wessels. 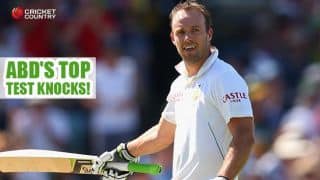 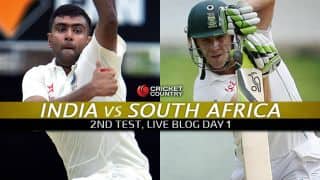