A talented side filled with bright young prospects who will dearly miss Malinga's presence.

Southern Express (SE) qualified for the Champions League T20 (CLT20) by winning the Sri Lankan Super 4’s T20 tournament. Though teams from Sri Lanka have traditionally struggled in CLT20, the underdog tag could benefit the Southern Express this time around. Shiamak Unwalla previews the team that has the potential to cause a few upsets.

Captain: Lasith Malinga captained  SE to victory in the Sri Lankan domestic T20 tournament, but as is the case with Kieron Pollard and Barbados Tridents, he has chosen to appear for Mumbai Indians instead.

In his absence, the leadership role could fall to the experienced Jehan Mubarak. The left-handed batsman is known for his big-hitting abilities and his unbeaten 13-ball 46 in Sri Lanka’s mammoth 260 for six against Kenya in the inaugural ICC World T20 in 2007 is still fresh in memory.

Key players: Jehan Mubarak, Niroshan Dickwella, Farveez Maharoof, Kusal Perera, Seekkuge Prasanna, Dilruwan Perera, Sachith Pathirana, and Angelo Perera. Mubarak is one of the most experienced players in the side, and will be a crucial cog in the middle order. Wicketkeeper Dickwella is fast becoming one of Sri Lanka’s brightest prospects, having already made waves with his resolute batting in Tests. He was also named Sri Lanka’s emerging cricketer of the year.

Maharoof is another seasoned campaigner who was a regular for Sri Lanka in limited overs cricket for years. In recent times though, he has fallen off the grid, and would love to use this opportunity to get back in the selectors’ crosshairs. Kusal Perera is a regular in Sri Lanka’s One-Day International (ODI) set-up, and possesses immense potential. He is yet to cement his place as a future prospect for Sri Lanka, though, and will look to give a good account of himself in the tournament.

Seekkuge Prasanna is a leg-spinner with a lot of heart and the ability to take wickets. He is quite handy with the bat lower down the order, and boasts of a T20I strike rate of 182.35 in three games. Dilruwan Perera is an all-rounder who is performs the role of the second spinner for Sri Lanka in Tests. He is a steady off-spinner who possess a good arm-ball and can bat a bit as well.

Angelo Perera is an all-rounder who has long been touted as a future prospect for Sri Lanka. He is a big hitting right-handed batsman and a left-arm spinner. Sachith Pathirana is another all-rounder with tremendous potential. His final over against Udarata Rulers is the reason Southern Express are in the tournament at all; with eight runs needed off the final over, he conceded just three runs while capturing three wickets along the way (while another batsman was run out thus making it four wickets in the over).

Strengths: Perhaps their biggest strength is the fact that they are likely to be seen as an easy mark by the other qualifying teams. They have the players to spring a few surprises, and if their maverick players come off, they will not be an easy side to beat.

Weaknesses: A lack of big names. Though Southern Express have some players with international experience, they are missing players like Lasith Malinga, whose mere presence could lift the side. None of their international players are senior members of the Sri Lankan side either, so they are collectively an inexperienced lot.

Past record: This is the first time Southern Express are playing CLT20. However, in the past Sri Lankan sides have done quite badly in the tournament and have often returned without any significant victories. However, this also provides an opportunity to the young team to succeed where more experienced teams failed. India vs West Indies 2014: Conflict between HPCA, state government could force 5th ODI out of Dharamshala 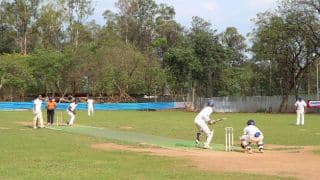