India, too, has produced world class women’s cricketers over the years like Shanta Rangaswamy, Diana Eduljee, Sandhya Agarwal, Mithali Raj and Jhulan Joswami, to name just a few. But in a male-dominated nation, these women and the game their brand of cricket has not got its rightful due. Sachin Tendulkar is not the first cricketer to score 200 runs in a One-Day International match. I repeat: he is not the first ‘cricketer’ to achieve this feat. On February 24, 2010, the world witnessed the making of an epic innings by Sachin Tendulkar. As encomiums poured on Tendulkar, a 40-year-old Australian lady must have been feeling quite proud with the knowledge that she achieved a tough milestone, long before any other man had achieved that feat.

India, too, has produced world class women’s cricketers over the years like Shanta Rangaswamy, Diana Eduljee, Sandhya Agarwal, Mithali Raj and Jhulan Joswami, to name just a few. But in a male-dominated nation, these women and the game their brand of cricket has not got its rightful due.

It’s sad to see the gender inequality. Virat Kohli’s one century makes him an overnight hero, but the Indian women’s team fighting it out in the Caribbean fails to garner any attention. The limelight is constantly on the ‘Men in Blue’, their achievements, failures, player endorsements, gossip – everything. No male cricketer has ever escaped the media glare, whereas the women cricketers desperately seek recognition. For the Indian fans, men’s cricket will be their religion and Sachin Tendulkar their god. Period.

There are several other reasons why women’s cricket in India has never received the kind of recognition they deserve because neither the cricket board nor the media has given it the attention and importance it deserves. 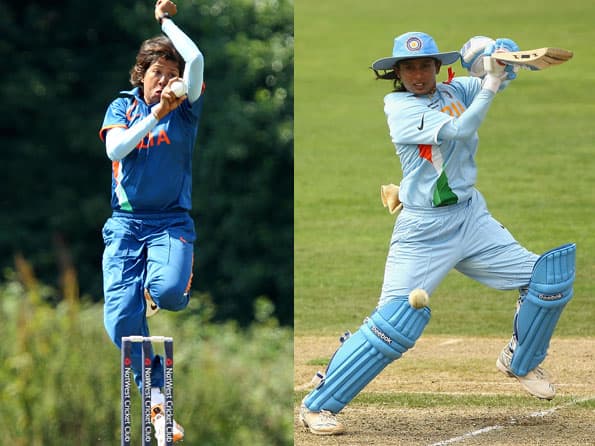 Do the above mentioned statistics make any difference to anyone? The answer is no. If a certain Tendulkar jumps two places in the men’s rankings, the entire cricketing fraternity talks about it. Talk about women and not many have a clue of what’s going on!

The biggest factor, though, has been a serious lack of encouragement from the society. When you look at the English and Australian women’s teams, you immediately know that their Indian counterparts are much ignored, despite being world class. Despite the lack of recognition and appreciation, India’s women’s cricketers have been as good as the Indian men’s cricketers. The above-mentioned records prove emphatically that players like Mithali Raj and Jhulam Goswami have been no less than Sachin Tendulkar or Zaheer Khan in men’s cricket.

(Bitten by cricket bug at a young age, Vidula‘s passion for the game has seen her evolve into a cricket writer. She considers herself fortunate to have grown up in the Sachin Tendulkar Era and comment on the game and players through the magic of writing. She blogs at http://wickettowicket-vidula.blogspot.in/)