Let’s take a look at the likely eleven players who can help Sri Lanka bounce back in the series.

Sri Lanka lost the rain-curtailed first One-Day International (ODI) at Hambantota as Pakistan chased down a daunting target to go 1-0 up in the three-match series. Devarchit Varma takes a look at the likely playing eleven for the hosts as they look to level the series in the second game at the Mahinda Rajpaksa International Stadium.

It’s not often that Sri Lanka have been on the losing side in 2014. In fact, they have been the only side that has won almost everything that came their way except the home series against South Africa. The Test series against Pakistan, which marked the farewell of Mahela Jayawardene was another instance of Sri Lanka proving their mettle and registered a clean sweep.

The three-match ODI series which began last weekend was another opportunity for the hosts to make a mark in their home turf, but an inspired Pakistan side chased down a challenging total. Sri Lanka would surely be disappointed with the result, but with an eye on the build-up to the ICC World Cup 2015, they are likely to play around with options to get the winning combination right. As Sri Lanka head in to the second game, their immediate priority will be to hold back Pakistan and not let them run away with another win and the series. Let’s take a look at the likely eleven players who can help Sri Lanka bounce back in the series:

Upul Tharanga: The left-handed opening batsman got the start in the first match but failed to convert it into a big score. He has the necessary experience of playing in international cricket and he is the ideal opening partner for Tillakaratne Dilshan, who can then enjoy the freedom of playing strokes. Tharanga had a decent run in the Test series despite struggling for form, and he will aim to bounce back with another strong contribution.

Tillakaratne Dilshan: The dashing opener would like to put behind the disappointment in the first game and smash a big knock in the must-win game for his side. Having retired from Test cricket, Dilshan is now only playing the shorter formats and with the ICC World Cup 2015 being only a few months away, he certainly needs more matches to get into the groove.

Kumar Sangakkara: The Sri Lankan run-machine would be disappointed with the manner he got out in the last game, and having missed a chance to put up a strong total. Sangakkara is seasoned enough to learn from the mistakes, and his top priority would be to keep up the momentum and help Sri Lanka settle down their playing XI.

Lahiru Thirimanne: The left-hander has also been an opener for Sri Lanka, but his presence in the lower order helps Sri Lanka to strengthen their firepower. Dinesh Chandimal’s ordinary form makes Thirimanne the right choice for the No 5 position, and his ability to score briskly  will also help the Sri Lankans in the future.

Angelo Mathews: The Sri Lankan captain is probably having the best time of his life. Mathews has proved his mettle more than once as a captain, and looking at his recent form there cannot be any questions about his batting. Mathews would also be among the disappointed Sri Lankan players, having missed out on his first ODI ton, but the current form hints that the three-figure knock by the talented cricketer is just around the corner.

Thisara Perera: He is probably Sri Lanka’s best all-rounder today. Perera has the ability to hit the ball a long distance and also to bowl tight line and length in order to contain the opposition. Another must-have player in the Sri Lankan ranks, as Perera bagged two wickets in the first ODI.

Ashan Priyanjan: The knock that he played in the first ODI showed what Priyanjan can do. His ability to hit the ball clean and for long distance, and also his spin bowling can help Mathews to shuffle his bowlers as per the need. Priyanjan hammered a 15-ball 39 which helped Lanka rocket to 274.

Nuwan Kulasekara: The right-handed seamer is one of the senior players in the Sri Lankan ranks, and along with Rangana Herath and Lasith Malinga he forms a potent bowling attack that can destabilise any side on their day. With the World Cup impending, it will be important for Sri Lanka to give their bowlers enough practise and help them attain some momentum.

Rangana Herath: The star Sri Lankan spinner was expensive in the first ODI but he has the ability to bounce back and contain the opposition batsmen. He terrorised the Pakistan batsmen in the Test series, and despite a poor outing in the first game Herath should not be disappointed.

Lasith Malinga: He is the leader of the Sri Lankan bowling attack and it is very important for him to play as many games as he can to attain momentum. Malinga too  had a poor outing in the first ODI as he gave away as many as 60 runs in nine overs, and this tendency of giving away easy runs is something Sri Lanka will have to be wary of. 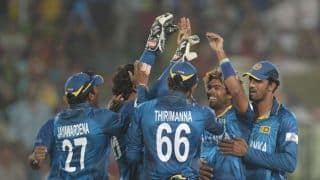 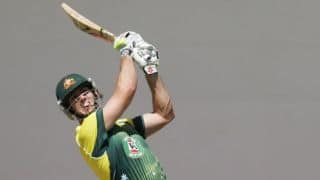