A statistical look at the three double-centuries in ODIs scored by Tendulkar, Sehwag and Rohit Sharma respectively.

Three batsmen have scored double centuries in ODIs, all the three by Indians and in India. Bharath Seervi compares the three double tons in various statistical ways.

Chris Gayle smashed a record 215 against Zimbabwe in the ICC Cricket World Cup 2015 match at Manuka Oval in Canberra on February 24, 2015.

The milestone of scoring 200 runs in an ODI was never thought of in the early days of the format. When Glenn Turner scored a record 171 not out in the inaugural World Cup in 1975, many assumed it would stay as the highest score ever. In 1983, Kapil Dev overcame it by scoring an unbeaten 175. But still a double century was a long way. Sir Viv Richards twice scored in excess of 180 in the next few years: 189 not out in 1984 and 181 in 1987.

Even the 190-run mark wasn’t achieved till mid-1990s when Saeed Anwar 194 against India in 1997. His 194 stayed the record for the highest ODI score for more than ten years till Charles Coventry of Zimbabwe equaled the score in 2009. But the magical double century was still not reached.

Sachin Tendulkar overcame the barrier to score first ever double century in ODIs with his knock against South Africa at Gwalior on February 24, 2009. It seemed like the greatest possible milestone in ODIs. About 20 months later, Virender Sehwag not only emulated but went past Tendulkar by scoring the ever ODI second double century on December 8, 2011 against West Indies at Indore. He ended up scoring 219 — still the highest individual score in ODIs. The rule of three powerplays and restriction in number of fielders outside the 30-yard circle were in favour of batsmen by this point. The next to get to the milestone was Rohit Sharma, who did it against Australia at Bangalore on November 2, 2013.

Let us split the innings into four halves (50 runs each) and see how many balls they took to score those runs with the number of fours and sixes. Rohit Sharma took just 16 balls to go from 150 to 200, while he scored his first 50 runs in as many as 71 balls. Sehwag took 41 runs for his first 50 runs, 28 for his second 50 runs, 43 for the third and 28 for the fourth. The table below contains the split ups.

Here is the analysis on the number of runs and boundaries in each phase of 10 overs in the team’s innings. Sachin Tendulkar and Virender Sehwag had almost equal scoring throughout whereas Rohit Sharma’s was grossly different. He smashed 96 runs in the last 10 overs, but just 25 and 16 in the first and second set of 10 overs.

The table below shows the number of balls the three batsmen took to reach the landmarks of 50, 100, 150, and 200. It also shows the over in which the particular landmark was reached.

Let us compare the scoring in powerplays against non-powerplay overs. In Tendulkar and Sehwag’s innings there were three powerplays for each team in an inning while the rules were changed later and Rohit Sharma’s inning had only two powerplays. The table shows the number of boundaries, runs and the strike rate in the powerplays and the rest of the overs.

In Rohit Sharma’s case, only two power plays were allowed per inning.

Off side vs On Side

Tendulkar and Sehwag scored more runs on the on-side than the off side whereas Rohit Sharma scored more on off-side than on-side.

It took 33 months between the first and the second double century, and 23 months from the second to the third. It is now been 12 months since the third and the last double century. When is the next 200 on the cards? Can we see one in the upcoming ICC World Cup in Australia and New Zealand, or will it again be in India by an Indian? 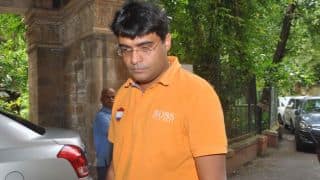 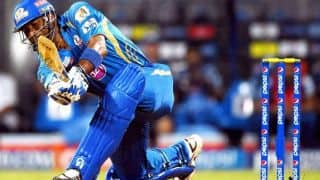