Statistical highlights of India vs England 2014, 2nd Test at Lord’s

Statistical highlights of India vs England 2014, 2nd Test at Lord’s

Indian team registered their second Test victory at Lord s and their sixth overall on the England soil.

India won the second Test of the series against England at Lord s by 95 runs and leads the five match series 1-0. Bharath Seervi and Abhijit Banare compiles the stats highlights of this match which is only the second Test victory for India at Lord s and the other records created and overcome in the match.

Indian team registered their second Test victory at Lord s and their sixth overall on the England soil since their debut on the same venue in 1932. First victory for the team came in 1971 under Ajit Wadekar s captaincy at The Oval. They won two Tests under Kapil Dev in the 1986 series including a victory at Lord s. The fourth victory, the big one, was tasted in 2002 at Leeds under Sourav Ganguly. Rahul Dravid s team in 2007 at Nottingham registered the fifth victory for India in Tests in England. Now at Lord s, India under MS Dhoni after 15 winless games overseas have finally won a match which turns out to be India s sixth victory in Test matches on the English soil. This was Dhoni s first overseas Test win since 2011 when India defeated West Indies at Jamaica.

James Anderson with his first wicket in the match to dismiss Shikhar Dhawan became the bowler with most test wickets in England. It was his 230th scalp in 55th match in England that overcame Fred Trueman s 229 victims in 47 matches. He has 234 wickets in England now.

James Anderson with his second wicket in the match to dismiss Virat Kohli became the highest wicket taker at the Lord s Cricket Stadium in Test matches. He overcame Ian Botham s 69 test wickets 15 matches. Anderson now has 73 wickets in 16 tests on the venue.

Stuart Broad with his wicket of MS Dhoni became the eighth English bowler to take 250 or more wickets in Test cricket. He did it in his 71st Test match which is the slowest among all the eight bowlers who took 250 test wickets for England. He now has 252 wickets in 71 Tests. He also has 2144 runs with bat which makes him the second Englishmen after Sir Ian Botham to have a double of 2000+ runs and 250+ wickets in Tests for England.

Ajinkya Rahane s century made him only the second Indian after Sourav Ganguly to score century in his maiden Test inning at Lord s and overall he is the 34th visiting player do so. Rahane is the 20th Indian to get his name on the Lord s Honours board. Bhuvneshwar is 21st and Ishant is 22nd. Below are the Indians on Lord s Honours board. Complete List of players who scored a ton at Lord s in first appearance.

James Anderson s efforts to dismiss Rahane caught & bowled was his eighth such wicket in his test career.

Stuart Binny scored 9 (19) in his first inning at Lord s which is identical to his father, Roger Binny, s score at Lord s in 1986.

The batsmen at the crease (Joe Root and Moeen Ali) are the only batsmen not dismissed by Bhuvneshwar Kumar in this series! #EngvInd

Bhuvneshwar Kumar, when reached 35 in the first inning, became the Indian player with highest aggregate of runs in a Test series batting at No.9. He overcame Bapu Nadkarni s tally of 155 runs in four matches against England in ODIs in 1963/64.

Best Indian bowling at Lord s: Before Ishant Sharma cast his magic, Bhuvneshwar Kumar had the second best bowling figures at Lord s with a six for 82 eclipsing Bishan Singh Bedia six for 226. Amar Singh had the best figures with six for 35 in the 1936 series. However, that record now is held by Ishant Sharma with seven for 74.

MS Dhoni scored one run off 17 balls at a strike rate of 5.88. This is the lowest strike rate by MSD in a Test inning in which he scored at least a run. Previous lowest was his two runs off 16 balls against Australia at Perth in 2012.

MS Dhoni s catch to dismiss Alastair Cook was his 50th catch against England in Test cricket. England is the only team against which MS Dhoni has taken 50+ catches.

Garry Ballance hit his second Test century in his fifth Test. Both his centuries came at Lord s. 110 is also his highest Test score beating his 104 not out against Sri Lanka.

Test fifties: Liam Plunkett scored his maiden Test fifty. After two Tests in this series, every batsman in this England XI has at least one Test fifty to their name. This only goes on to show the power in the England tail! As far as the Indian team is concerned, only Ishant doesn t have a Test fifty. Ravindra Jadeja got his maiden Test fifty at Lord s and so did Bhuvneshwar Kumar at Trent Bridge.

Murali Vijay, when he reached 78, became the fourth Indian to score 300+ runs in a Test series in England as an opener.

Murali Vijay (95) in the second inning became only the second Indian to be dismissed in nervous nineties in Tests at Lord s. First to have this feat was Rahul Dravid in 1996 on his debut he also scored 95.

Virat Kohli bagged his third duck in Test career and second golden duck. His first golden duck was against Australia at Melbourne in 2011/12.

Jadeja stat: At Trent Bridge, on a flat batting wicket, Ravindra Jadeja took 38 balls to get off the mark. On a relatively tough wicket at Lord s Jadeja scored his fifty in 42 balls! Just goes on to show that anything is possible when Jadeja is on.

Fifties at No 9: Bhuvneshwar Kumar is the first batsman to hit three fifties in a series at No 9. He needs to score another 36 runs in the next three Tests to hold the record. Bhuvneshwar Kumar became the third Indian to take a 5-wicket haul and score 50+ in the same Lord s test after Vinoo Mankad (1952) and Kapil Dev (1982). Below is the full list of two or more fifties by batsmen at No 9 in a series.

Ian Bell scored one run in the fourth inning. It is his lowest score in fourth innings since his duck against Pakistan in 2006.

Ben Stokes s pair (2 ducks) in the match is the 11th instance of an English player bagging a pair in a Lord s Test and 24th overall.

Joe Root has hit 591 runs in four matches at Lord s with two fifties and two hundreds with one of them being 200 not out against Sri Lanka in 2014.

Separate best and worst for Ishant: Before July 21, Ishant Sharma boasted of his best and worst bowling performances in the same Test! At Wellington in February 2014, Ishant bagged a career-best six for 51 and in the second innings of the match, he recorded his worst bowling figures of 0 for 164 when Brendon McCullum pummeled India to get a triple ton.

Last Indian pacer to take a 7-wicket haul outside Asia was Irfan Pathan vs Zimbabwe at Harare in 2005.

Sharma factor: India have only two Test wins at Lord s and both these Tests involved crucial contribution from Sharma s! – Ishant Sharma in 2014 with seven for 74 while Chetan Sharma picked five for 64 in 1986. 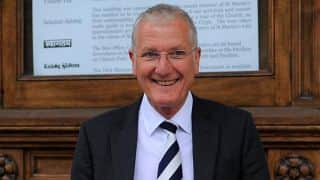