Four centuries were scored on August 27, which is not the first instance of its kind.

There were three centuries in England vs Ireland ODI and two more between Australia vs Scotland on September 3, 203.

The second such instance occured on October 30, 2013 in the ODI between Australia and India. Shane Watson and George Bailey were the centurions from Australian side while Shikhar Dhawan and Virat Kohli were their reply from Indian side. The third instance of four ODI centuries in a single day was on February 4, 2007 but in different matches – in the ODIs of Australia vs New Zealand, Netherlands vs Bermuda and Canada vs Ireland.

Three batsmen scoring ODI century on a same day has occured 37 times in ODI history, out of which 21 times it happened in a single ODI. Two batsmen scoring centuries from single side and one more from the other side is not a rare occasion. The first time three batsmen were witnessed scoring three centuries in a single day was on June 3, 1985 when Graeme Wood scored 114* from Australia and Graham Gooch and David Gower scored 117* and 102 from England at Lord’s. All the occasions are listed in the table below. 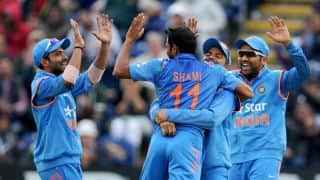 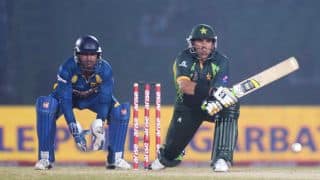