The first Test wasn’t all smooth sailing for England - the No 1-ranked Test team in the world – as a resurgent West Indies, yet again, scripted a dramatic turnaround in the recently-concluded Lord’s Test. Sadly, they couldn’t cross the finish line. 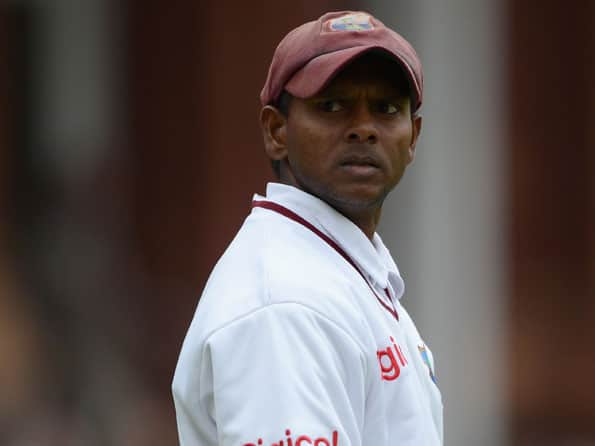 The first Test wasn’t all smooth sailing for England – the No 1-ranked Test team in the world – as a resurgent West Indies, yet again, scripted a dramatic turnaround in the recently-concluded Lord’s Test. Sadly, they couldn’t cross the finish line.

The West Indian bowlers deserve much appreciation on having restricted England’s intimidating batting line-up in the first innings, despite letting them off the hook during the initial stages. However, the fact that the West Indians had still managed to give themselves a chance of winning this Test is because of one man’s sustained brilliance with the bat. That man, Shivnarine Chanderpaul, is currently the glue that holds this West Indian team together.

Chanderpaul has copped a lot of criticism for various reasons in the past few days. Firstly, he was accused of being self-centred after a misunderstanding while running between the wickets led to the dismissal of fellow teammate Darren Bravo. Then, not many could comprehend why he took a single in the first ball of the final over on Day One and let Fidel Edwards face the wrath of England’s in-form bowler Stuart Broad. He also drew flak from a few former cricketers for not batting higher up the order. It’s unfortunate that Chanderpaul has hogged the limelight for all the wrong reasons.

A player of his calibre has not quite received the credit he deserves, despite being the most consistent performer for West Indies for over a decade. If one manages to circumvent the issues surrounding Chanderpaul and look at his contributions, it can be concluded that he has been an asset to this West Indian unit. He has scored more runs, faced more balls, scored more hundreds and fifties and hit more boundaries than the other ten players of the West Indies team combined that did duty in the first Test at Lord’s.

Below are the statistics:

The other ten members of the West Indies team who took field in the first Test are not far ahead when compared to Chanderpaul’s total number of individual Test appearances. After Chanderpaul, Edwards is the most capped player with 54 Tests to his name. That portrays Chanderpaul’s vast experience in comparison to his fellow teammates.

Chanderpaul is 2343 runs ahead even after the total runs scored by the rest of the 10 members were combined. After him, Marlon Samuels is the most successful batsman in West Indies’ current squad. The huge difference in the number of innings played and runs scored highlights the value Chanderpaul adds to this side. In fact, Chanderpaul has been West Indies’ most bankable batsman since the last five years. Chris Gayle, who hasn’t played Tests since the last couple of years, is next to him.

Statistics speak for themselves. Although West Indies is currently in the process of nurturing young batsmen, it’s difficult to fathom their plight once Chanderpaul heads into twilight. The wealth of experience he gets to the table is praiseworthy. He is one batsman who is willing to spend as much time at the crease as possible.

With such consistency, it doesn’t come as a surprise that Chanderpaul is currently the No.1 Test batsman in the world.

A total of 1114 boundaries in 141 matches imply that he scores close to eight boundaries a match. None of the remaining players in the current line-up, except Darren Bravo, has scored boundaries with such consistency. Bravo has scored 149 fours in 17 matches – close to nine boundaries every game.

It’s imperative to focus on what Chanderpaul has achieved rather than to criticise a few forgettable moments.

Chanderpaul’s innings provided a ray of hope for West Indies in the first Test. It is difficult to say whether the Test would have lasted this long without his contribution. Also, it is a given that he will be the protagonist throughout this tour. Very few cricketers are capable of living up to the weight of expectations thrust upon them, and Chanderpaul is one such cricketer. It’s time he is recognised as one of the game’s greats.

Sex, Lies, Audio and Videotape: The dark side of the IPL saga unfolds