Michael Clarke’s retirement from international cricket paves the way for a new Test captain, which is most likely going to be Steve Smith. Australia suffered a humiliating loss after England blanked them by an innings and 78 runs in the fourth Ashes 2015 Test at Trent Bridge. Smith led Australia in the absence of Clarke in the series against the visiting India in 2014-15, winning the second Test. With Smith almost set to take over the reins from Clarke, Pramod Ananth believes he should lead Australia in the fifth and final Ashes 2015 Test at The Oval.

Clarke’s departure will no doubt leave a huge hole in Australia’s middle-order. Clarke has been a wonderful leader for Australia over the years, leading the team to many highs, including a 5-0 drubbing of England in the previous Ashes series and most recently guiding Australia to their fifth World Cup crown in March 2015. He is also a fearless, attacking captain, one who does not shy away from brave declarations to force a result and one who takes tough decisions on the field, all for the welfare of the team. READ: England regain Ashes, annihilate Australia by an innings and 78 runs in 4th Test at Trent Bridge

Below is a table showing Michael Clarke’s record as Test captain:

As a batsman he had a lot of temperament, which he showed right from his debut at Bangalore, when he scored 151 against spinners like Anil Kumble and Harbhajan Singh, both of whom were at their peak in 2004. He applied himself very well, got used to the conditions quickly and did not make similar mistakes like his other teammates did. He did the same for the rest of his career and finished as Australia’s fourth highest run-getter in Tests. His unbelievable knock of 329 not out against India at Sydney was a treat to watch. His unbeaten 161 against a South African side consisting of bowlers like Dale Steyn, Morne Morkel and Vernon Philander — arguably the deadliest fast bowling trio in world cricket — was one of supreme class and temperament. What made that innings even more special was the fact that he batted with a broken shoulder. READ: Michael Clarke retires from international cricket, says it is the right time

Having said that, one must also look to the future; Smith has proved that he is a wonderful leader and batsman. He proved his calibre when he made a century on captaincy debut. He then went on to score centuries in the remaining two Tests as well, scoring four tons in the four-match series, three of which came as captain. The team around him plays well and they too seem to have responded well to captaincy.

Considering that Australia have already lost The Ashes 2015, it will not be the worst of ideas to test out what Smith has to offer in English conditions. Clarke can play his role as a batsman, not worrying about captaining the side in his final Test; a burden that he can let go off in his final appearance for Australia. Thank you for the memories, Michael. Thank you for all you have done! VIDEO: Michael Clarke cries while talking about his retirement from international cricket 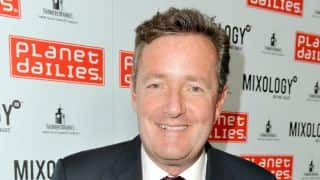