Steve Smith's rise to the No 1 batsman in Test cricket

Steve Smith's rise to the No 1 batsman in Test cricket

From a teenage prodigy to Shane Warne’s replacement​,​ to a jester in the dressing room​,​ to the youngest Australian Test captain​,​ to ​the ​best batsman in the world, Smith has gone through an interesting transition.

Steve Smith’s story​ is extraordinary. From a teenage prodigy to Shane Warne’s replacement​,​ to a jester in the dressing room​,​ to the youngest Australian Test captain​,​ to ​the ​best batsman in the world, Smith has gone through an interesting transition.

His last 12 Test innings read: 162*, 52*, 133, 28, 192, 14, 117, 71, 25, 5*, 199 and 54*.  If these exploits at the crease weren’t enough to​ propel him ​to be acknowledged as ​the world’s best Test batsman, the International Cricket Council’s (ICC) in its latest player rankings did so. Smith displaced Sri Lanka’s Kumar Sangakkara from the top of the table to become the new number one batsman in Test cricket. When the Jamaica Test began, he was at ​N​o. 4, with fine outings of 199 and 54 not out in a winning cause, saw him leapfrog Sangakkara and South Africa’s AB de Villiers and Hashim Amla, to the top spot. In doing so, he became the first Australian to top the Test batting rankings since captain Michael Clarke in 2012.

From​ the​ butt of ​social media ridicule to a superstar, Smith’s rise as a batsman has been one of the reasons for Australia’s return to dominance in Test cricket. A chubby teenage blonde who was unsure of his role in the side, he later went on to be Australia’s World Cup 2015 protagonist. What’s alarming for oppositions is the fact that he is improving with every outing. With his sky-high rise in every format, he may well give AB de Villiers a run for the money for the “Best Batsman’s tag”.

Australia last won the Ashes in England in 2001. Come Ashes 2015, the answer to the question, ‘Will Australia win a series in England after 14 years?’ will be Smith’s form.

Let’s have a look at our number one Test batsman’s career in three parts:

Matt Prior: 12 facts about England’s wicketkeeper-batsman

Virender Sehwag and Shikhar Dhawan: Comparative study of the two smiling assassins at a similar stage of their careers 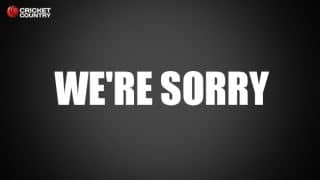