Steven Smith is suffering from knee and hip injuries.

Steven Smith, whose run as Australia’s Test skipper has had a flying start, is aggravating a long-term knee injury at the moment. Along with it he has been suffering a hip strain that requires treatment for at least a week. Smith has confirmed his withdrawal from Big Bash League’s opening two matches to ensure rest and speedy recovery before the Boxing Day Test against the West Indians begin. By winning the first Test at Hobart, Australia are already on the top in the ongoing three-Test series against West Indies. The visitors have miserably failed and have seemed to be clueless against Smith’s men, resulting in Australia dominating thoroughly in all departments in the first Test at Bellerive Oval, Hobart. With Australia having options and other batsmen being in form, injured Smith ought to skip the second Test at Melbourne Cricket Ground (MCG), says Sakshi Gupta. FULL SCORECARD: Australia vs West Indies, 1st Test at Hobart

Cricket Australia (CA) have announced the 14-man squad for the Boxing Day Test at MCG. The squad does not include a replacement for Smith, which means it is likely that he will play the Test despite carrying multiple of injuries. The struggling West Indies had given CA a great opportunity to experiment with younger players like Cameron Bancroft. It would also be interesting to watch David Warner lead the side in Tests. It is not wrong to assume Warner’s approach can be as aggressive as Virat Kohli’s and that would surely have made an impact on the miserable visitors.

West Indies had ruled the cricketing world in the 1970s and 1980s. Unfortunately, they are going through their worst days in Test cricket — even worse than their winless phase on either side of 1970. Since December 2014, they have played South Africa, England, Australia and Sri Lanka before their ongoing 3-Test series against the Australians began this month. Barring the Wisden Trophy against the English side, where they salvaged a draw with both sides winning a Test each out of the three games played, West Indies have been thrashed in every series. If one ignores Bangladesh and Zimbabwe, West Indies have won one overseas Test since 2000.

Before their series took off, West Indies fielded a near-full-strength team against Cricket Australia XI in a four-day Tour match in Brisbane. The hosts included six debutants, and despite the lack of experience in the team, humiliated the visitors by 10 wickets. Batting first, a five-wicket haul from Simon Milenko restricted the West Indians to 243 in the first innings in 90.5 overs. In reply to that, CA XI posted a huge total of 444 before getting bundled out in 104.2 overs. The top seven batsmen all contributed (barring opener Jordan Silk, who was dismissed for 21). That was followed by the visitors managing only another 210 runs and hence settling a target of 10 runs for CAXI on the final day. So, the same side struggling against a full-fledged Australian side that included the likes of Smith, David Warner, Josh Hazlewood, Peter Siddle and Shaun Marsh did not come as a surprise. READ: James Pattinson’s 5-33 vs West Indies in 1st Test still not enough to make him Australia’s 1st choice pacer in Tests

The second Test begins on December 26. If Smith goes on to worsen his injuries that definitely will not be good news for the hosts. Warner may lead Australia in the One-Day International (ODI) series against India in 2015-16 if Smith continues to be unfit. Australia will next tour New Zealand series, which, undoubtedly is more crucial for Smith’s men than the ongoing one against West Indies. Smith’s absence in New Zealand will make a bigger difference than it will in the Boxing Day Test. 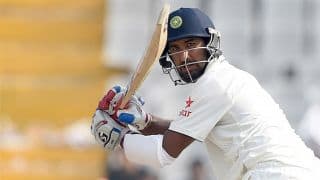 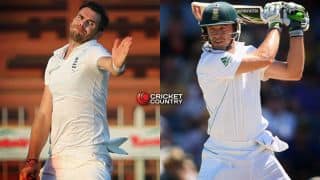