With IPL 2017 beginning on Wednesday, we present to you some of the bizarre statistical facts about IPL over the last 10 years.

0 successful chase of 200 or above by any team since the final match of IPL 2014 between Kolkata Knight Riders (KKR) and Kings XI Punjab (KXIP). Gautam Gambhir-led KKR chased 200 to win their second IPL title. The highest successful chase of 2016 edition was by Gujarat Lions (GL). They chased 196 to beat Rising Pune Supergiants (RPS now Supergiant). And in 2015, two teams jointly held the record for this. Chennai Supers Kings (CSK) defeated Mumbai Indians (MI) by eventually scoring 189, while KKR scored 184 against KXIP: both sides were chasing 184.

0 tied matches since 2014 edition. The last tied match in IPL took place between KKR and Rajasthan Royals (RR) at Abu Dhabi. Eventually, the super over also ended up in a tie but RR were declared the winner on the boundary-count-back rule. During the match, RR hit 17 fours and KKR hit only 12, which turned out to be the deciding factor.

1st time Virat Kohli will miss the first match of an IPL edition for RCB. He will probably miss the entire first week of the tournament.

9 captains each used by KXIP and DD so far in IPL, the most by any team. MI and PWI come next, with 6 each.

1 Indian wicketkeeper batsman to score a century in IPL Wriddhiman Saha. Three wicketkeepers have scored IPL hundreds till now Adam Gilchrist (twice), Quinton de Kock and Saha. Saha s 115* against KKR in 2014 is the highest by any wicketkeeper in IPL.

17 Man of the Match awards for Chris Gayle in IPL, the most by anyone. Yusuf Pathan is next, with 16.

1st time Dhoni will playing someone else s captaincy in IPL, since Smith has been appointed skipper of RPS. Across all T20 tournaments, Dhoni has played under Virender Sehwag, Kohli and Raina. He played under Sehwag in India s first T20I in 2006-07 and under Kohli in the recent T20I series against England. He also played under Raina once in Champions Trophy. Smith will be the 4th overall and first overseas player to lead a T20 side with Dhoni in it.

2 players to have been the part of champion side in IPL thrice Yusuf and Rohit Sharma. Yusuf was the only player to hold this record before MI won their second title in 2015 under Rohit. Yusuf won it for RR and KKR (twice) and Rohit for DC and MI(twice).

4 teams represented by Robin Uthappa and Manish Pandey but more interestingly, they have always played for the same franchise every time. They have played together for MI in 2008, for RCB in 2009 and 2010, for PWI from 2011 to 2013 and for KKR since 2014.

8 maidens earned by Sandeep Sharma in his so far IPL journey, the most by a bowler with 2 or fewer T20Is. Sandeep has played 2 T20I for India in 2015.

7 instances of both openers of a team getting dismissed on ducks. The last instance happened in 2014, when Jacques Kallis and Gautam Gambhir both out for duck against DD at Dubai.

2 instances of one opener scoring a hundred and the other getting a fifty. The first such instance happened in 2008 between KXIP and RR at Mohali. KXIP opener Hopes scored 115 while Marsh made 51. And in 2016 RCB skipper Kohli scored 113 and Gayle made 73, against KXIP.

4 partnerships of 200 runs so far. Kohli has been the part of 3. The fourth one was the only one involving two non-Indians.

3 players of MI (Malinga, Harbhajan and Munaf Patel) have taken 5-wicket hauls. No other active team has this record. RCB has two, Anil Kumble and Jaydev Unadkat.

120 not out by Paul Valthaty for KXIP against CSK in 2011 the highest unbeaten score by a non-international batsman. Manish Pandey scored 114* for RCB against DC in 2009. Pandey is now an international cricketer but wasn t at that time.

72 matches for S Ravi as umpire. He is the only Indian umpire in the tournament to stand in 50 matches. Kumar Dharmasena (87) heads the list.

5 teams represented by Ashok Dinda DD, KKR, PW, RPS and RCB. None of the team Dinda has played for has ever qualified for playoffs. He has played 75 matches till now.

30 innings as wicketkeeper for Manvinder Bisla. He is the only non-international wicketkeeper to have kept wickets for 30 or more matches in IPL.

1 team to have not played in any IPL final among the teams who has been in IPL since first edition DD. They qualified for playoffs thrice (2008, 2009 and 2012).

4 players to have been with same team since the inception of IPL Harbhajan (MI), Kohli (RCB), Malinga (MI) and Marsh (KXIP). Malinga was the part of MI in 2008 but could not play any match. Marsh is the only overseas player to have played at least one match in every season of IPL for the same team.

7 matches in IPL with 1-run margins so far. The last instance took place between KXIP and RCB at Mohali in 2016.

1 instance of team winning by 1 wicket in IPL. KKR is the team to have achieved this record by chasing 184 against KXIP at Eden Gardens in 2015.

6 matches in IPL with victory margins of 100 or more runs. The last such instance happened between RCB and GL at Bengaluru in 2016. RCB won by 144 runs, which is the also highest margin win by any team in terms of runs in IPL.

8 matches in IPL with victory margin of 10 wickets. The last such match happened between GL and SRH at Bengaluru in Rajkot. 2014 was the only edition without a 10-wicket win. 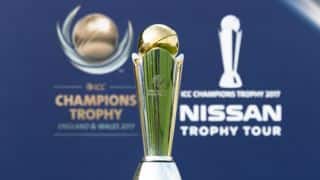 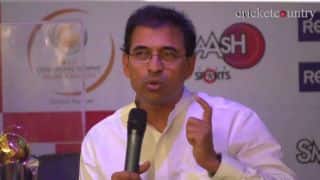