Stuart Binny wants to put his domestic experience to good use in international cricket.

Stuart Binny spoke to Nishad Pai Vaidya about his bowling and growth as a cricketer in recent times.

Stuart Binny’s cricketing stakes have grown during the 2013-14 season. A good outing in the Ranji Trophy was followed by an India call-up that saw him make his One-Day International (ODI) debut in New Zealand. Later, he was retained by the Rajasthan Royals as a result of some good performances during the Indian Premier League (IPL) 2013. In the midst of all that, he missed Karnataka’s knockouts and their eventual title triumph in the Ranji Trophy. However, he was back for the Irani Cup and bowled with guile to help R Vinay Kumar bundle Rest of India out for 201.

In an exclusive interview with CricketCountry, Binny talks about his bowling, his spell on Day One of the Irani Cup game, the experience in New Zealand and his growth as a cricketer.

CricketCountry (CC): On Day One, you bowled well to get three wickets. Do you think that because of your Indian Premier League (IPL) outings, people stereotype you as a batting all-rounder?

Stuart Binny (SB): The way I look at it, I can bat and bowl. It gives me an extra opportunity. If I don’t do well with the bat, I have the extra opportunity of coming and taking wickets. I am not too worried about being a batting or a bowling all-rounder, as long as I am involved in both departments.

CC: Your spell on Day One also showed different approaches according to formats. In T20 cricket, we see the keeper standing up to you and here you were bowling with the stumper behind and trying to get the out-swingers…

SB: It is very important to know your strengths, especially on the wickets you play on. What happens in the IPL is that the batsmen tend to step out to me as I bowl in the 120s (kmph). With the keeper up, it is just to keep them in check. In the Ranji Trophy I rely on swing and try to bowl in good areas and get the batsmen to play. I try to use the in-swinger and try and set them up. I am more or less an outswing bowler, but I have the in-swinger. In the morning (Day One) it was a bit damp, so it was about bowling in the good areas.

CC: Was there a threat of being carried away looking at the green surface?

SB: We’ve played a lot of cricket at the M Chinnaswamy Stadium. We are brought up by playing on wickets like this. We knew the wicket was going to help us a bit, but after lunch it started getting a bit slower and batting became easier. They had a partnership which showed that the wicket had lost a bit of its zip. As I said, we know the wicket well and we knew we had to get it in the good areas in the morning and try and get as many in the first session.

CC: Talk us through the Gautam Gambhir dismissal. We could see that you were trying to set him up with balls that were going into him. He did move far across…

SB: He was looking to move across to me and was batting outside the crease to cut out the swing. I was looking to get him to play every ball. On a wicket that is doing a bit, it is important to make a quality batsman play. The plan was pretty simple as I was trying to send the ball into him. The odd ball moved away from him. (For that ball), it came back into him and that’s the plan. For left-handers, I look to get them leg-before or bowled.

CC: You have just returned from New Zealand after being a part of the Indian side there. How different was the dressing room experience there when compared to say an IPL?

SB: It is a great feeling. When I went to New Zealand, I learnt a lot even though I didn’t play too much. It is all about the learning experience, sharing the dressing room and to see them prepare (India teammates), talk in a meeting, the planning that goes on with different players. I won’t say there is a huge difference, but it is a lot more intense especially because you are playing for your country. The main talk is about playing for your country and the pride associated with it.

CC: This season you have done well in the Ranji Trophy, been a part of the Indian team and Rajasthan Royals have also retained you. Can we say that you have really matured this season as a player?

SB: I have matured definitely in the last three or four seasons I have played. But, I still think there is a lot to learn. Yes, I have played nine seasons now in the Ranji Trophy. I still learn everyday and every session that I bowl or bat. It is just about carrying that form into international cricket when I get a chance to go and play again for my country. So, it is about carrying the momentum and confidence. 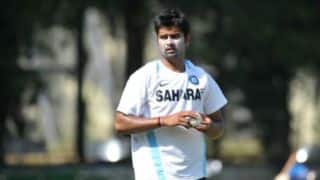 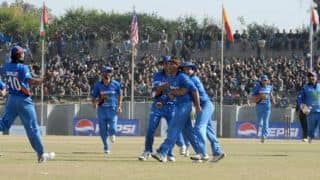