Nishad Pai Vaidya crunches numbers to prove why Stuart Binny’s did not quite merit selection in the India ODI squad for the tour of New Zealand.

Does Stuart Binny merit a place in the Indian One-Day International (ODI) team for the tour to New Zealand? The Karnataka all-rounder had made it into the ODI squad ahead of Yuvraj Singh. His selection has certainly raised eyebrows. Selection matters never cease to amaze in Indian cricket and this call too seems to be an inexplicable move. How does a player with a List A batting average of 22.30 make it to the ODI squad? Is there more to it than meets the eye?

Binny was one of the success stories for the Rajasthan Royals during their Indian Premier League (IPL) and Champions League T20 (CLT20) campaigns this year. Lower down the order, he came in handy as a hard-hitting batting and often helped accelerate scoring at the death. His bowling is an option, and his military medium-pace would only be used sporadically. However, T20 is a different format and shouldn’t be a sole criterion for selection into the ODI squad. Binny’s stats in the other formats are not outstanding, but decent. Is that enough for him to get into the side?

Earlier this year, Binny had made it to the India A side for the tour to South Africa as the selectors sent India’s youngsters to prepare them for the big test. Binny played during the limited-overs games and didn’t do anything of note. In four matches, he scored only six runs at an average of three. His highest score was an unbeaten innings of four.  With the ball, he picked up five wickets, out of which four had come in one game. That came at the back of a decent List A season in 2012-13.

Here is his record:

But, this was during the last season and shouldn’t have played a huge role in this selection a year down the line. Given an uneventful performance in South Africa and the CLT20, Binny didn’t really merit a call-up now. So, have the selectors considered the current form in the Ranji Trophy? Binny has done decently well there. Here are his stats so far in the Ranji Trophy:

The batting numbers are decent, but there are many others who have scored more runs than him in the ongoing season. His bowling record doesn’t inspire a lot. If the selectors were looking at an all-rounder in that sense, someone who could bat lower down the order and take wickets, they had a better alternative in Rishi Dhawan. The Himachal Pradesh all-rounder has had a stellar season with the ball and is the leading wicket-taker in the Ranji Trophy. He has also scored a few runs. To add to that, he did decently well for the Mumbai Indians as well. Here are Dhawan’s stats in the Ranji Trophy:

Isn’t this record a lot better than Binny’s on every count? At the time of writing, Binny scripted an innings of 88 runs against Delhi and has moved to fifty. Even then, Dhawan has scored more fifties and has also taken six fifers. Some may argue that Dhawan is a youngster and that Binny is the more experienced campaigner and hence merited the call-up. However, his track record hasn’t been all that impressive to date.

Where would Binny ultimately fit into the Indian scheme of things? He may have replaced an out-of-form Yuvraj, but may not have the necessary quality to substitute a player of that calibre. Binny’s father, Roger, is one of the national selectors that picked the Indian squad for New Zealand and one is not suggesting that the junior Binny’s selection is a case of nepotism. But what cannot be denied is that there are others like Dhawan who have better records than Stuart Binny. 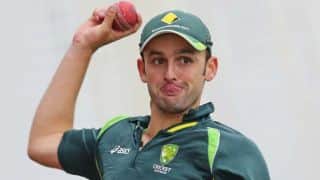