Keeping in mind the abysmal lows India, Sri Lanka, Pakistan, and Bangladesh have touched in recent times, the boards of these nations have decided upon fielding a single team from the subcontinent going by the name "East Indies". 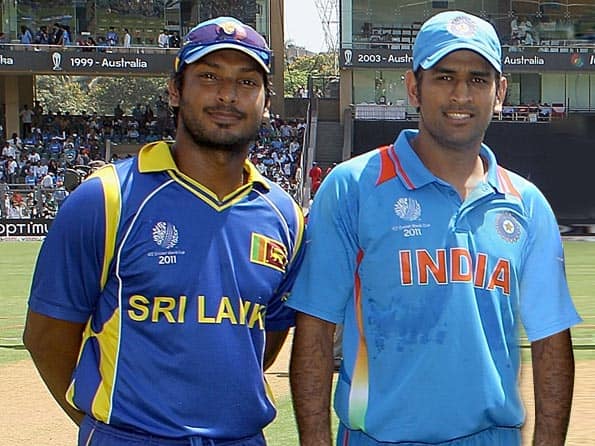 It’s possible that ‘East Indies’ will have to choose between one of the two world class players, at least as far as One-Day Internationals are concerned © Getty Images

Keeping in mind the abysmal lows India, Sri Lanka, Pakistan, and Bangladesh have touched in recent times, the boards of these nations have decided upon fielding a single team from the subcontinent going by the name “East Indies”. The team will comprise the best players from all nations to give Australia, England and South Africa a run for their money in Tests.

This path-breaking step was initiated by the Board of Control for Cricket in India (BCCI) after they realised that the country’s population was way too less to produce 11 world beaters, sources tell Faking News.

After a lot of research it was also deduced that the main reason for Australia’s dominance has been the country’s large geographical area, which brings in players with varied abilities. Hence the four countries decided to unite under one banner.

The step is not bizarre as sovereign nations in the Caribbean Islands have been playing cricket under the name West Indies. Game administrators from the four countries believe that East Indies will be able to recreate the magic that once West Indies wielded.

According to the agreement, Pakistan has offered a bunch of bowlers who can bowl genuinely quick without guaranteeing their accuracy. Sri Lanka has offered utility players – fielders who can bat as well (and also bowl spin as everyone there can).

India said they are hoping to provide quality batsmen who will not let them down in home matches. India has also offered “The God”, but only if he was guaranteed a permanent place in the team till he scored his 100th hundred.

Bangladesh, on the other hand, refused to make any promises they cannot keep.

The historic decision had to be made in view of the terrible performance and other reasons plaguing the four teams in recent times. India are being white-washed wherever they go, Sri Lanka have taken the mercurial tag from Pakistan with more troughs than crests.

Pakistanis said that they agreed to the idea of one team because they would at least have some home matches, where their cricketing heroes can take care of their averages. Bangladesh did not have to specify any reasons as the reporters took them for granted.

Meanwhile the reactions coming from fans of the concerned countries (except Bangladesh) have been encouraging for the officials to go ahead with this decision. There is slight resentment among the Bangladeshi fans related to the first clause in the agreement, which says that the team East Indies would consist of the “best” players among all the four countries.

People in Dhaka have been spotted with placards asking for 27% reservation in the team for the less privileged Bangladeshi players.

Whether or not this step will be successful remains to be seen, but it surely proves the foresightedness and decision making abilities of the people from the subcontinent who run this wonderful gentleman’s game of glorious uncertainties.

(Reproduced with permission from www.fakingnews.com)

Romantic obsession with immortality blurring facts. The dream is over!