The Bengal southpaw speaks to CricketCountry ahead of his team's clash against Karnataka.

Sudip Chatterjee, the Bengal top order batsman is one of the upcoming young talents of the country at this moment. He had a fantastic start to the 2014-15 Ranji Trophy season with a clinical 192 against Baroda. Sandipan Banerjee has a talk with him before Bengal’s crucial home game against Karnataka.

Sudip Chatterjee, former Under-23 Bengal captain, has been a sensation for Laxmi Ratan Shukla‘s team since his First-Class debut in 2012-13. Along with seniors like Manoj Tiwary and Shukla, the southpaw Sudip has emerged as one of the the mainstays of Bengal batting. He had an excellent start to 2014-15 with a classy 99 in the Duleep Trophy and an excellent 192 against Baroda in the Ranji opener.

Bengal will again bank on him when they will take on defending champions Karnataka on a (presumably) green track at Eden gardens in their first home game of this year’s Ranji Trophy. For any young cricketer, performing against a good team in front of home supporters adds pressure, but for Sudip this is “an opportunity.” Talking exclusively with CricketCountry, the Bengal No.3 batsman said, “I have been doing well in this season. The form is with me and I want to make it count. So there is no extra pressure on me. Rather it’s an opportunity to prove what I am capable of.”

A green track has been prepared by Bengal to welcome a strong Karnataka batting unit. Any good score against the likes of Vinay Kumar, Sreenath Aravind, and HS Sharath is bound to be recognised. But Sudip does not want to complicate things at this stage: “I am not thinking about the big names of the opposition or my individual performance. I just want to bat and bat well for my team,” clarified Sudip, who loves to watch Kumar Sangakkara bat.

Of late Bengal has had a good run in the domestic competitions. They had reached the semi-finals of Ranji Trophy last season. Additionally, East Zone had good outings in the Duleep and Deodhar Trophy. Even in Vijay Hazare Trophy, Bengal had dominated till they encountered a narrow loss against Karnataka in the semis. For Sudip, this is an outcome of a healthy ambience in the dressing room. “Bengal team is like a big family. We have a very healthy atmosphere in our dressing room. Seniors are very cooperative. That is why we play like a unit and that is our strength,” said Sudip, currently the leading run-scorer of Ranji Trophy 2014-15.

Sudip also has the advantage of being in proximity of Sourav Ganguly. He has the liberty to take Ganguly’s guidance the same way KL Rahul of Karnataka did with Rahul Dravid and developed his game. Sudip said: “Yes, I did have a talk with Dada [Ganguly] about my game. He laid stress on the mental strength. Dada, along with our coach [Ashok Malhotra], always supports and encourages me.”

In another the other corner of world, at Adelaide, another product of Bengal cricket Wriddhiman Saha missed a golden opportunity to cement his place in Indian Test team by playing a rash shot. Sudip watched that innings of Saha on television and like any other Indian fan he was also very disappointed. “Wriddhi-da [Saha] is a teammate and I wanted him to guide India through to victory. He was batting well too. I feel he shouldn’t have played that shot after getting a six and a four earlier in the over.” 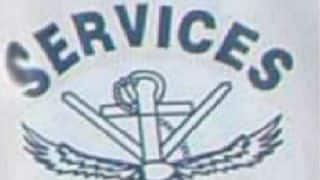