Nishad Pai Vaidya was born after Sunil Gavaskar’s era, but grew up listening to the folklore — tales of Gavaskar's determination and valour. In this article, he unravels the great man’s aura from a perspective of someone who has only heard of him and not seen him play in flesh and blood. 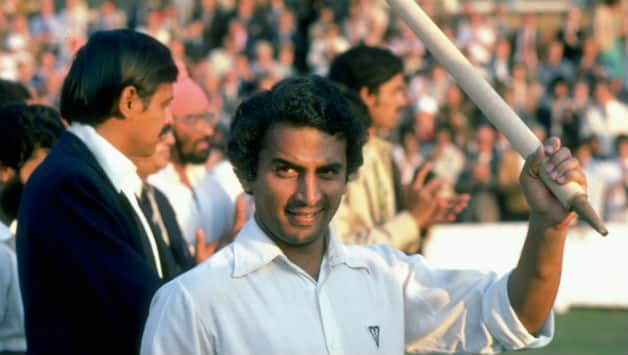 Nishad Pai Vaidya was born after Sunil Gavaskar’s era, but grew up listening to the folklore — tales of Gavaskar’s determination and valour. In this article, he unravels the great man’s aura from a perspective of someone who has only heard of him and not seen him play in flesh and blood.
For someone who was born post the Sunil Gavaskar era, his legend was almost mythical. Sachin Tendulkar’s mind-boggling feats and Rahul Dravid’s unshakable determination seemed to be the ultimate on the cricket field, but one heard tales of this short man taking on the fiercest bowlers without the luxury of a helmet and going on to amass over 10,000 runs in Test cricket. As a young boy, this writer asked: How was that even possible?

Starting from the record 774 runs in his debut series to a heroic 96 in his final Test innings in Bangalore, Gavaskar’s journey was about guts and discipline. To top it all, he played in an era where fast bowling was at its best and batsmen from around the globe floundered while facing thunderbolts. But, this man was a picture of calm. The stance was perfectly balanced and the eyes were seeped in concentration. He looked at the bowler in the eye and took his guard with poise. Isn’t that how a warrior would take his stance before a battle?

Any budding cricketer in Mumbai would hear stories about Gavaskar’s technique. For them, he is a living coaching manual. This writer’s coach once told him, ‘’Gavaskar would defend the fastest deliveries and the ball would drop dead in front of him. That was his control. When he left the ball and it would just brush past the stumps, the slips would exclaim in hope. Little did they know that he had judged it to perfection.” That was what this man was about —perfection.

It wasn’t technical excellence alone, but Gavaskar’s hunger and the unflinching determination to go on and on is what defined him. It was something that was evident from his early days and would go on to script history. He wrote in his autobiography Sunny Days, ‘’Right from the beginning I wanted to become a batsman and I hated losing my wicket. This became such an obsession with me that, if the rest of the boys got me out, I would fight and eventually walk home with the bat and the ball.’’ That was to manifest into something humongous in the years ahead — that too on the biggest stage. Even the most skilful bowlers found it a monumental task getting around his willow.

But, one did wonder: How did this man face the fastest bowling without a helmet? In the modern age, a batsman without headgear is almost unthinkable. They are advised to check their ‘bravado’ and attempt it at their own risk as a blow to the head could prove devastating. Wasn’t the risk even higher during Gavaskar’s time? Michael Holding, one of the quickest bowlers of that era summed it up perfectly while talking about Sir Vivian Richards and Gavaskar. He told ESPNcricinfo, ‘’They were fantastic players, as simple as that. They didn’t need to wear helmets because they were good enough not to get hit.’’

Listening to Gavaskar’s contemporaries — those who played with him and shared many moments — is an education in itself. It goes to show the kind of respect he commanded and his greatness as a batsman. Salim Durani, India’s star all-rounder of the 1960s and early 1970s told CricketCountry, ‘’On the tour to 1971, we found a star — a star who was to become a world class batsman and that was Sunil Gavaskar. I am proud of Sachin Tendulkar and Gundappa Viswanath. But, Sunil looked like a master until his last Test match. They called him the ‘Little Master’, I say he was a ‘Great Master’.’’

Milind Rege, his childhood friend and Mumbai team-mate told a gathering at The Legends Club recently, ‘’When Gavaskar arrived at a party, Sir Viv Richards, Desmond Haynes and Malcolm Marshall stood up and said, ‘’Here comes the Master!” If the members of the greatest team of his era were captivated by his aura, what more can one say?

In a nutshell, a young follower of the game or even a budding cricketer was left with an important message. Gavaskar was someone who upheld the sacred values of the batting manual and was the epitome of order. There are inherent lessons in Gavaskar’s story for everyone, not a cricketer alone. The moral of the story is, ‘’Be so good that one cannot deny you what you rightfully deserve.’’ Problems may come at you like scorching bouncers, but you have the willow in your hand to answer. Don’t let it hit you or bring you down. Every opportunity is there for you to make the most of it. Fight and there is glory waiting for you.

The word ‘legend’ is often overused. In a discussion with this writer, Milind Wagle, the veteran commentator said, ‘’There are some players who are great, some are legends.’’ Undoubtedly, Gavaskar’s greatness transcends that thin line of distinction and makes him a legend in every sense. Tendulkar, Dravid and the rest followed in his footsteps and were inspired by his remarkable feats — so much so that it heralded the golden generation of Indian batting. Ravi Shastri summed it up in a conversation with CricketCountry, ‘’He [Gavaskar] has undoubtedly left his legacy.’’ 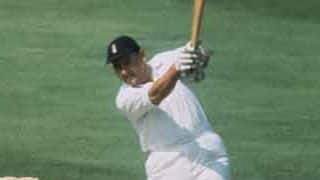