Sunil Joshi, born June 6, 1970, was an able left-arm orthodox spinner and a decent lower-order batsman, who was instrumental in India clinching a win against Bangladesh in the latter’s inaugural Test. Although his international career didn’t go the expected distance, he remained a tireless warrior on the domestic front. Karthik Parimal looks back at the career of this spinner from Karnataka. 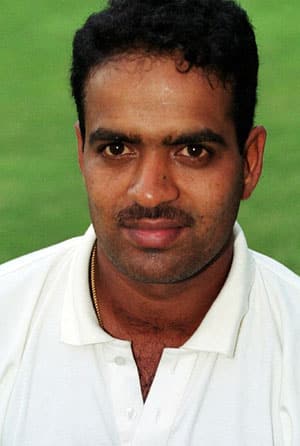 Sunil Joshi, born June 6, 1970, was an able left-arm orthodox spinner and a decent lower-order batsman, who was instrumental in India clinching a win against Bangladesh in the latter’s inaugural Test. Although his international career didn’t go the expected distance, he remained a tireless warrior on the domestic front. Karthik Parimal looks back at the career of this spinner from Karnataka.

In the sporting arena, there are a few who make the cut owing solely to the repository of talent within. Then there is the other sect — ones who’re not as skilled as their counterparts, but, with undying determination and toil under the sun, edge ahead and settle a notch above the rest. This astute southpaw from Karnataka, who in his younger days travelled almost 65 kilometres to Hubli each morning for practice, before returning to Gadag for school, belonged to the latter category. It’s this single-mindedness and love for cricket that helped Sunil Joshi break into a formidable Karnataka side, who at the time were busy churning out a bowling line-up for India — Javagal Srinath, Venkatesh Prasad, Anil Kumble, Dodda Ganesh and David Johnson, to name a few.

Joshi’s orthodox left-arm spin helped pocket 52 scalps during the 1995-96 Ranji Trophy, and as if that didn’t suffice, he pummelled 529 runs at an average of 66 with his willow. The statement was loud enough for the Indian selectors to take notice and he duly received a call to don the national colours the following year. However, he was utilised more as a lower middle-order batsman, for Anil Kumble was in complete charge of the spin department. His prowess meant that Joshi was sporadically used, just like Rajesh Chauhan, Venkatpathi Raju, Nikhil Chopra and Aashish Kapoor all operated in the former’s shadow.

Despite owning a wider range of shots as a batsman, in comparison to the other bowlers who vied for the second spinner’s spot, Joshi was overlooked inexplicably. Having made his debut after the 1996 World Cup, he was shuffled in and out of the side for the next three-and-a-half years and also missed wearing the Indian flannels during the 1999 World Cup in England. At this juncture, instead of heading down the oft-travelled road of impatience and worry, Joshi chose to get better at his game. He sought the advice of the erudite Bishan Singh Bedi, who was more than willing to share his priceless knowledge. The difference in Joshi’s approach thereafter became evident. The finer aspects of his spin bowling were inculcated and he returned to the fold rather assertively. 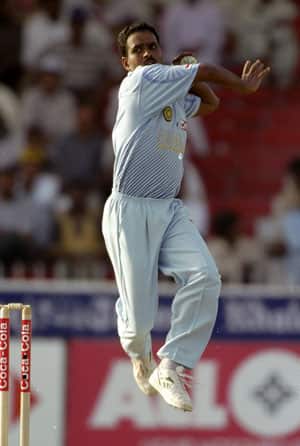 In an LG Cup game against South Africa at Nairobi in 1999, he finished with figures of 10-6-6-5, accounting for the wickets of first-rate batsmen and leaving the rest of them flummoxed. It was the best figures by any bowler against South Africa and, as noted by Wisden, at the time, the third most economical analysis by anyone completing his full quota of overs. One year later, against Bangladesh in their inaugural Test, he saved India the blushes by scoring 92 to steer the side to a 29-run lead in response to the host’s first innings total of 400. Joshi backed that up with match figures of 8 for 169 —inclusive of his first and only five-wicket haul in the longer format of the game.

His career was expected to move up a level post this patch, but sadly, these were to be his only noteworthy performances in the international circuit.

Joshi played his last game for India in the March of 2001. Nevertheless, the enthusiasm with which he turned up for his state Karnataka in every domestic fixture shows his love for the game. Obviously, he did harbour ambitions of playing for the national side again, but not once did it appear he’d grow tired of waiting on the fringes. He bowled his state to several victories and was the mainstay. In fact, he was rated so highly in the circle that, even after seven years of distance from the international stage, he was picked to represent the Royal Challengers of Bangalore for the first two seasons of the Indian Premier League (IPL). In what is often referred to as a young man’s format, Joshi was preferred over the rest.

However, to say he was guilty of blocking a young player from making the cut would be naïve. “I don’t want to stop any youngster, but he should force me out with his performances,” he stated in an interview to ESPN Cricinfo. And who can argue with that? He’s got 615 First-Class wickets at an average of 25 under his belt. Moreover, he’s been an inspiration to several Karnataka cricketers, always willing to offer rookies a dip in his vast pool of knowledge; another fine example of his selfless attitude. Although his international career didn’t go the full distance, to say he was an integral part of his state in domestic cricket would be an understatement.