A famous english proverb says – Fortune favors the brave. And fortune did favor the brave Sunrisers Hyderabad (SRH) in IPL 2016, because they were brave. Under the captaincy of David Warner, SRH won their first IPL title, four seasons after they came into the competition. The team was built around Warner and the all-pace attack. Despite knowing that Indian subcontinent conditions generally favor the spinners, SRH went in with a combination that was inclined towards dependency on pace. Warner and his coaching staff’s selection was exemplified though, as the fast bowlers combined to take 81 wickets during the course of the tournament. This coupled with the sumptuous batting form of the skipper and some fine performances by Shikhar Dhawan and Yuvraj Singh which helped the city of Hyderabad celebrate its second IPL success (first with Deccan Chargers in 2009). ALSO READ: IPL 2016: How SRH’s faith in pace paid off

As stated above, it was the bowling attack on which which SRH relied for their success. They trusted their strength, and went with it. Despite injuries to key players at important moments, they kept going. Let us take a look at how their players performed in the tournament.

David Warner (10/10): One can argue Virat Kohli was better with the bat, but in terms of captaincy, Warner beat everyone hands down. His 848 runs were the second highest in an IPL campaign, only bettered by Kohli’s 973 this season. The way Warner handled his troops during the course of the season was simply brilliant. The trust and reliability he showed upon his pacers reaped amazing benefits for the team. His fielding was of some class too. All in all it ended as an unbelievable season for him. ALSO READ: Yuvraj Singh: SRH’s unsung hero in IPL 2016

Bhuvneshwar Kumar (9/10): Bhuvneshwar Kumar has to be one of the the most improved bowlers in the whole of IPL. His 23 wickets for the side meant he was going to end up as the the Purple Cap winner. His maturity as a bowler was evident from the way he bowled in the death overs. His accuracy was a big factor in his brilliant performance. Add to it some superb yorkers and intelligent bowling.

Mustafizur Rahman (8.5/10): Definitely one of the best bowlers around, Mustafizur’s stock has only increased after an outstanding debut IPL season. While it wasn’t a shock or surprise to see him bowl so well, his maturity was simply breathtaking to witness. A haul of 17 wickets in 16 matches under an economy rate of 7 runs per over is simply outstanding. And who can forget his ‘toe crushing’ yorker to Andre Rusell, the best ball of the season! ALSO READ: Kohli, SRH show admirable sportsmanship on Twitter

Ashish Nehra (8/10): The senior most member of the squad, Nehra missed quite a few games through injury, but still managed to scalp 9 wickets from eight matches. His partnership with Kumar and Mustafizur was really destructive, as the trio combined to knock their opponents apart.

Shikhar Dhawan (7.5/10): Dhawan had a pretty good IPL outing, considering the start he had. Failing to score in the first three games, his place in the team was under threat. But since then, his calm and cautious approach helped him get back into form. A total of 501 runs is not a bad figure, but his strike rate was less than 120.

Yuvraj Singh (7/10): Much was said about Yuvraj not being in form coming into this tournament. His first innings only yielded 5 runs, which put loads of pressure on him. But since then, he played some wonderful knocks which were key to SRH’s success. With 236 runs at a strike rate of about 133, Yuvraj gave stability to a weak SRH middle order.

Ben Cutting (7/10): Ben Cutting delivered for SRH when they needed him the most. Cutting did not feature in a single match for SRH till May 15. But in the four games he featured, he showed immense quality. The man of the match in the final, he scored 65 runs in 4 matches, and took 5 wickets. Had he been fit, SRH would have had a great all-rounder in the first half of the campaign.

Barinder Sran (7/10): The first campaign for Sran proved to a be positive one for the youngster, as he picked up 14 wickets in as many matches. While in the final he struggled to deal with the pressure, that does not remove the shine from his good outings.

Bipul Sharma (6.5/10): Bipul Sharma rose to prominence in the knockout games for SRH. While he did play four matches beforehand, the three must-win games saw him make a mark. Primarily a bowler who can bat, his 11-ball 27 won them the crucial Qualifier 2 against Gujarat Lions. His bowling wasn’t great, but overall he did his work to good effect.

Moises Henriques (6.5/10): Henriques had a very ordinary first half of the campaign, but like others, rose to prominence in the latter half. While with the bat he could only muster 182 runs, it was his 12 wickets with the ball which were crucial. He was also the Man of the match in the Eliminator against KKR. Overall, not spectacular but did what was expected from him.

Eoin Morgan (5.5/10): Much was expected of the England’s T20I skipper, but he delivered little. In the first half of the IPL 2016, he was regularly being played, but couldn’t do much. A total of 123 runs was all he could get, that too at a strike rate of 117. Surely not good enough for his standards.

Kane Williamson (5/10): The New Zealand skipper missed the first half of the campaign through injury. In his first game back, he showed loads of promise, scoring a half-century. But since then, he couldn’t fire. His strike rate was abysmal, as he scored at a rate of 101.63.

Deepak Hooda (4.5/10): Much was expected of the youngster, considering his previous displays for Rajasthan Royals. But the 21 year old disappointed big time. Despite getting chances, he could only muster 144 runs at a disappointing strike rate of 119.

Naman Ojha (4.5/10): If Ojha was played only as a keeper’, he might have got a bit more marks. But then, he was expected to provide runs with the bat, but could only score 98 runs at a shocking strike rate of 98.55. Surely one or two great catches can’t overshadow his batting vulnerabilities.

Ashish Reddy (3.5/10): Reddy started the IPL 2016 as a mainstay in the SRH side, but the return of other players forced him out. But then, 47 runs and a solitary wicket isn’t what was expected from him.

Trent Boult (3/10): From one of the best bowlers in the world to a bench-warmer, Boult’s IPL career has gone downhill. He played no part for New Zealand in the T20 World Cup 2016, and could only muster one appearance for SRH in IPL 2016. And even in that, he wasn’t at his best, conceding 39 runs his four overs.

Karn Sharma (3/10): Expected to play as the leading spinner in the side, Karn Sharma was poor in the five matches he played. He failed to scalp a single wicket, and conceded at over 10 RPO. Very poor from a player who was a mainstay in the past three years.

Aditya Tare (3/10): Rating someone who played a mere 15 deliveries in the whole IPL is tough. Such was the case of Aditya Tare. Though, he struggled big time, scoring a mere 8 runs, in the chances he got.

While SRH weren’t a big unit, they relied on limited players for their success. Players like Ricky Bhui, Siddharth Kaul, Abhimanyu Mithun, Vijay Shankar, Tirumalasetti Suman had no role to play.

Over all, Sunrisers Hyderabad got their balance and team selection spot-on over the course of the tournament. Their trust on pacers was well-backed by the displays of Bhuvneshwar Kumar and Mustafizur Rahman, and the trust shown by David Warner in the batting line-up was commendable. With this unit and one or two additions, expect SRH to be firm favorites to retain their crown next year. 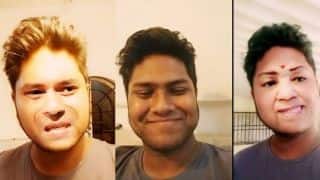