Raina is the first man with over 4,000 runs in the Indian Premier League.

Suresh Raina, born on November 27, 1986, is one of the most dangerous batsmen in limited-overs cricket. For India, he has been the finisher in One-Day Internationals (ODIs). In the yellow jersey, he has been the talisman for the Chennai Super Kings. Raina is a truly modern cricketer who’s batting is exciting, bowling is useful and fielding is electric. Nishad Pai Vaidya picks 11 facts you must know about the southpaw.

Suresh Raina’s father Trilok Chand hails from Rainawari in the State of Jammu and Kashmir. His mother, is from Dharamsala, Himachal Pradesh. However, his family settled in Ghaziabad, Uttar Pradesh. Raina is one of five siblings as he has three elder brothers named, Dinesh, Mukesh and Naresh. He also has a sister named Renu.

As a teenager, Raina had to leave Ghaziabad and move to Lucknow, the capital of Uttar Pradesh, to join a Sports Hostel. He had been there since 1999 and worked his way up the age groups. According to the rules, he was allowed to keep the room in the hostel for up to seven years. It was only in 2006, when he was already an India player, that he vacated it.

At the age of 16, Raina was picked to play for India under-19 on the tour to England. On his under-19 Test debut against England, he scored 72. Ambati Rayudu and Irfan Pathan, Raina’s future India teammates were a part of the side with Manvinder Bisla leading them. Tim Bresnan was a prominent face in the England team.

Raina had an unfortunate start to his international career as he was dismissed first ball by Muttiah Muralitharan on his One-Day International (ODI) debut in 2005. Raina was only 18 when he made his debut. Sachin Tendulkar and Shikhar Dhawan are some of the other notable Indian batsmen who began their ODI careers with a duck.

Raina has truly been the king of the Indian Premier League (IPL). Contracted with the Chennai Super Kings since the inception of the league, Raina has found his calling in the shortest format. He has featured in all the matches Chennai have played. Raina is the first man with over 4,000 runs in the league. He is also the second highest Indian run-scorer in T20 cricket, with 6,326 runs after Virat Kohli, who has 6,461 runs.

Raina is the youngest man to captain India in T20 Internationals. He captained India for the first time when he was 23-years-old. He is also the second oldest to lead India in ODIs, behind Sachin Tendulkar.

7. First Indian with centuries in each format

When Raina hit a century on Test debut against Sri Lanka in 2010, he became the first Indian to record a ton in each format of international cricket. Raina had hit his first ODI ton against Hong Kong in the Asia Cup 2008. His first T20 International ton came against South Africa in the ICC World T20 2010.

8. Offer to play for Jammu and Kashmir by Omar Abdullah

When India won the ICC World Cup 2011, Omar Abdullah, the Jammu and Kashmir Chief Minister offered Raina to play for the state in the Ranji Trophy. To make that possible, he made him an interesting offer. Abdullah had tweeted after India’s victory, “I would love to have him play for J&K. We need a mascot & the state would be happy to reward a plot in Srinagar also (sic).”

Raina bought the Porsche Boxter Limited Edition in 2013. He had bought the car on his father’s birthday, reports Times of India.

Raina has said in a few interviews that he likes cooking. In a chat with Cricinfo, he revealed that during his first tour as a captain of the Indian team, he had cooked for the whole team along with Ashok Dinda.

Raina has had the designated role of being the finisher in the Indian ODI side. In 73 victorious run-chases, Raina averages an impressive 66.60 with two ton and 13 fifties. 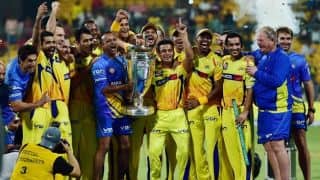 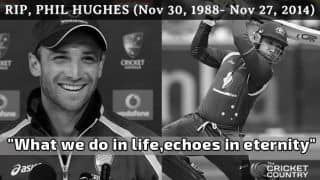