Suresh Raina has been a consistent performer as a batsman for India.

While Suresh Raina has been one of India’s most successful limited overs batsman in the last decade, he has had limited success when it comes to captaining the Indian setup. Shiamak Unwalla attempts to unravel the captain within Raina.

Suresh Raina is the type of player most captains dream about having in their side. With a bat in hand, he is as destructive as anyone, while also providing a stable influence. His lightening quick reflexes in the field makes it very difficult for the batsman to find gaps. And he bowls more than handy part-time off spin.

While batting, he exudes calmness even amid aggression that suggests a mature head on his shoulders and a fine temperament. He is capable of not only scoring quickly, but also with regard to accumulating runs depending on the situation. That he has scored over 4,500 runs in One-Day Internationals (ODIs) from close to 190 matches is testament to his skill.

So when a number of seniors — among them MS Dhoni, Virender Sehwag and Gautam Gambhir — opted out of a tri-series in Zimbabwe also featuring Sri Lanka, it seemed a natural progression for Raina to be appointed the captain of the national side.

However, that was a series Raina would like to forget, as India could manage just a solitary win in four matches. India lost twice to hosts Zimbabwe and once to Sri Lanka. It was a young side, without many of the then senior players, but it also featured a number of young players  such as Virat Kohli, Ravichandran Ashwin, Ravindra Jadeja and Rohit Sharma, who all would go on to become vital members of the national side within the next couple of years.

In 2011, Raina got another shot at captaincy soon after the ICC World Cup 2011. It was India’s first full series since becoming world champions, but it featured very few of the players, who actually were part of the World Cup squad. Yuvraj Singh, Dhoni, openers; Sachin Tendulkar and Virender Sehwag, and batting lynchpin, Gautam Gambhir, were all rested for the ODIs.

Raina did moderately better in his second outing as captain with India winning the series against the West Indies 3-2. But it was still not a performance that India were hoping for. Raina’s captaincy record after nine matches was less than flattering.

While Raina obviously did not have the services of his senior players, the fact that he could not lead from the front with the bat was a worrying factor. Only two other batsmen apart from Raina himself —Kohli and Rohit— featured in all nine games he captained, and both men outscored him.

Performance of batsmen under Raina:

As seen above, Raina the batsman clearly suffers, while he is captaining the setup. Oddly, the man with the least impressive record overall, Rohit, has done the best under Raina’s leadership. Kohli was decent, but was yet to establish himself in the way he did towards the latter part of 2011.

Another rather strange aspect of Raina’s captaincy is a reluctance to bat up the order. Some might argue that Dhoni — quite conceivably the greatest ODI finisher of all time — rarely bats higher than No 6, but the fact is that Dhoni calculates a chase unlike any other batsman of his generation. Perhaps Raina was trying to emulate him by leaving himself for the end, but it clearly was not a successful tactic.

Raina’s batting at every position as captain:

As seen above, the only time Raina batted in the middle-order, he made an unbeaten 24, while his average at No 6 — usually his preferred spot in ODIs, yielded least successful returns for him. He averages a decent 32, while batting at No 5, but with a highest score of just 37, the responsibility of playing a big knock inevitably fell on someone else.

Suresh Raina is undeniably one of the most talented batsman of the Indian limited-overs team. He brings a lot to the table, and has the potential to turn a game on its head. However, if his past record as captain is anything to go by, it seems that he is happier playing under someone else rather than being the captain himself.

Having said that he has always been backed to the hilt by Dhoni, and it proves that there must be something in him that has not yet been seen. He is travelling to Bangladesh with an inexperienced yet, largely impressive team. If Raina can lead from the front and win the series comprehensively, it could go a long way in establishing him as a potential future leader of the side. 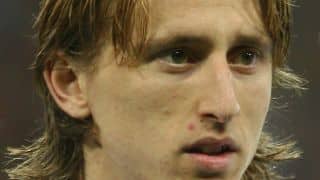