Suresh Raina's abysmal showing at Sydney: Was this his final cul-de-sac?

Suresh Raina's abysmal showing at Sydney: Was this his final cul-de-sac?

Having made his Test debut in 2010, he has only made 18 sporadic appearances since.

Suresh Raina has had a miserable Test match career so far, but is this the final tipping point where selectors may give up on him for good in the longest format? Rishad D’Souza feels that given his disgraceful performance in his comeback Test at Sydney that may well be the case.

Cricket is a strange game. A cricketer, who dominates in one format, may be a complete disaster in another. Such is the case with Suresh Raina. He brings a great deal of value to any limited-overs side; one may even say he is indispensable to the India’s One-Day International (ODI) and T20I teams. But only the complete opposite is true about his performances in Tests.

Having made his Test debut in 2010, he has only made 18 sporadic appearances since. To his credit, Raina has always been a fit person, so fitness hindering him from making frequent appearances in his Test-whites gets ruled out. It means that the only reason Raina has been sidelined very often is for poor showings in Tests. Very poor showings.

His batting average reads a miserable 26.48, with only one century from his 31 innings. He doesn’t generate much turn and is unable to create too much pressure with the ball either, averaging an ordinary 46.38 in that department. With stats like these, why would he even be given another opportunity? Some may argue that his Test career should have ended a while back and rightfully so, his numbers for India in Tests barely warrant selection.

The reason selectors have granted him opportunities is because they know that if Raina finally found his groove, he could turn into a match-winner for his team, just like in limited-overs cricket. Unfortunately, that hope has never been fulfilled. Harbouring similar hopes, the selectors gave him another opportunity in the Sydney Test after a gap of three years. This time Raina didn’t just disappoint, he out-performed himself. Even ‘failure’ would be too weak a term to describe his comeback performance. He got a pair 0 and 0 which is also as many wickets as he picked in the match.

In all probability Raina will put this disaster behind him and bounce back well in the ODI tri-series involving Australia and England. Unquestionably, he will yet again impress the world with his performances in the Indian Premier League (IPL), like he always has. He will yet again impress the selectors, but it is not likely that they will be compelled to give him another chance in the Tests and the blame won t be theirs either. It may be Raina’s cul-de-sac his journey in Tests may well have met its end.

(Rishad D Souza, a reporter with CricketCountry, gave up hopes of playing Test cricket after a poor gully-cricket career. He now reports on the sport. You can follow @RishadDsouza on Twitter) 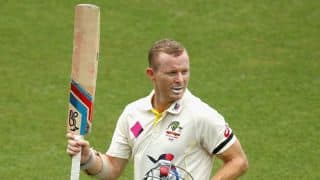