It would be premature to say that Raina has arrived in full flow in overseas conditions.

Suresh Raina was named the Man of the Series for the One-Day International (ODI) series against England. Raina has given a good account of himself outside his comfort zone and it will go do his confidence a world of good ahead of the ICC World Cup 2015. Nishad Pai Vaidya writes that Raina’s intensity is an encouraging sign for India.

The last time India and England faced off in a One-Day International (ODI) series, Suresh Raina walked away with the Man of the Series award. Raina was in fantastic form during the five-match ODI series at home and was in the midst of a purple patch. In a 17-game period that started in February 2012 until the last game at Dharamsala in 2013, Raina averaged 67.60 with eight fifties. Critics were still skeptical for 16 of those 17 innings had been in the sub-continent — where Raina is a proven force. More than a year down the line, Raina has shown that he can be a threat outside his comfort zone with another man of the series award against England.

It would be premature to say that Raina has arrived in full flow in overseas conditions. However, Raina has shown the tenacity and application during this tour, which is quite encouraging for the Indians. His ton in the second ODI at Cardiff was a great exhibition of batting. Walking in at a stage when India were in a precarious position, Raina got himself in and blazed away with great confidence. The England bowlers tried to exploit that famous flaw — the one against the rising delivery — but Raina fought fire with fire.

Perhaps the moment that shifted the balance in Raina’s favour was when he started pulling the short ones with authority during his ton. Even earlier this year in New Zealand, the bowlers were successful in exploiting that flaw. It seemed more to do with the state of mind, where Raina couldn’t unleash himself onto the chin music. But on this tour, he has pulled with an attacking intent and ensured it did not get the better of him.

In terms of the complete package, Raina has been a success. With the ball in hand, he has gotten through the overs quite quickly and has tied the batsmen down. He has produced a few crucial wickets as well to help the other bowlers. On the field, he lifts the morale of the side with some breathtaking stops. Raina, the whole cricketer, has triumphed and come through adversity to stamp his authority in England.

Raina’s performance will certainly give him tremendous confidence as India prepare for the World Cup. In more bouncier conditions in Australia and New Zealand, his technique would be tested even further. That is where Raina will face his toughest test and would have to adapt well to get the best out of his game. India need his reliable finishing touch in ODIs. He can absorb the pressure down the order and help put up fighting stands. But, if he gets bogged down psychologically due to the short stuff, he becomes a shadow of the dominant finisher. 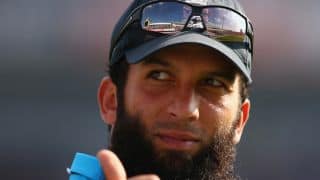 Moeen Ali to auction his 'Save Gaza' wristbands 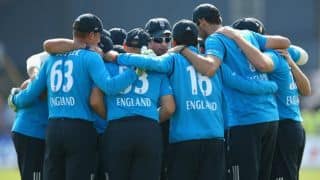 India vs England 2014 ODI series: England marks out of ten