As the nation prepared for another World Cup in its home soil, India-born film-maker Sushrut Jain had set out on a journey to capture on film the cricket-crazy India during the ICC World Cup 2011. And call it luck or destiny, the journey reached its crescendo with India clinching the coveted title. His documentary, “Beyond All Boundaries” tries to capture the true essence of cricket in India through the life of Sudhir Kumar Chaudhary (famously known as the Sachin Tendulkar fan), Prithvi Shaw and Akshaya Surve, each having their own tale of struggle and success. Abhijit Banare spoke to the filmmaker about the documentary and the task of selling a cricket documentary in India.

Q. Can you give us a brief outlook about this documentary?

Basically it’s a feature length documentary film. With the World Cup scheduled in 2011, I thought it would be great to tell a story about the average Indian person. And to do so, cricket provided a perfect opportunity. So I decided to make it a subject and find people who are passionate about cricket in some way or the other. With the World Cup as the background of the movie, you could follow the progress of India; and then you had these three people who have their individual stories and also lead to their own climax. We tried look for people who had great stories behind them.

Q. Tell us more about the three characters in the movie and what prompted you to select them.

With Sudhir, it was a no-brainer. I have never met anybody like him. He is really intense and a true fan. He speaks very well too. With the kids, we struggled a lot. We went from cricket ground to cricket ground in Mumbai, we went to different schools, clubs, met with coaches, we went to the homes of the kids and eventually we narrowed down to stories which had drama in it, that was Prithvi [Shaw] and Akshaya [Surve].

To be quite honest, we had heard about Prithvi and had watched a YouTube video where he was being interviewed by Mid-Day. We got in touch with a few journalists and finally contacted his dad. This was “just another interview” for him. We convinced him that we wouldn’t bother him much.

This was all before the World Cup. We would go to cricket ground, follow his cricket, and speak to the father during the matches. Then we started speaking to the coaches. Everyone knew him in the coaching circuit. It was very difficult to make Prithvi and his father open up because they were used to giving interviews in India. Like typical interview by athletes world over, it was ‘working really hard’, ‘hoping for the best’. It’s only when you spend a few days they start speaking candidly about their lives.

Q. How did you find Akshaya Surve? In your blog you have mentioned about someone else being chosen for the documentary…

Basically we were still looking for boys. We did find some good stories but given the fact that they were 12 or 13, we had a tough time getting enough out of them. One day we saw a bunch of girls in whites playing formal cricket. These girls were full of life and interesting.

I had never thought of girls’ cricket before but talking to them, made me realise this would be good. So we started following the story of one girl at that time who was Akshaya’s friend. She was a Muslim from a conservative background. She used to wear a burqa in her neighbourhood, but then to come and play cricket she would take off the burqa. Over time, it became clear that one of them was a better cricketer and more focused. That was Akshaya. Her story was really compelling.

Q. There is one sensitive part in the narration where some of the coaches reveal that Prithvi might have been abused as a child and his father admits to it? Was this in a way to reflect the tough harsh reality and pressure on a young cricketer?

Not really. We knew that this kid was under a lot of pressure. Sometimes we felt what he was going through wasn’t fair. When I was 12 years old I used to live a stress-free life, playing and having fun. But Prithvi’s childhood is one hundred per cent focused on being a cricketer. Even while talking to the coaches, we did not expect them to reveal it and even we were surprised. So sometimes in a documentary, when you ask questions, you get responses you just do not expect. That’s what happened there.

Q. How difficult was it to narrate a story of Sudhir and balance it with Prithvi and Akshaya who are relatively unknown?

We were aware that Sudhir’s story was larger than life. It is a very emblematic story of Indian life. He is almost like a religious monk in the way he lives. It was hard to keep them equal. We didn’t even try hard to do it. Sudhir was the soul of the film. Akshaya’s story has most drama in it. And in Prithvi’s case, he is a prodigy and everybody loves to read about prodigies.

Q. Human Interest stories work well in India. Was that something you specifically thought of while narrating cricket to an Indian audience?

To be honest,I wasn’t really thinking of the audience at the time of making the film. For me it was always about people in India. I always felt that the average Indian person on the street talking about their life is interesting. The mainstream Indian cinema doesn’t look at those people much. So my focus was in bringing them forward through people like Akshaya, Prithvi, Sudhir and their stories.

Q. Coming towards the distribution of the documentary, what are the roadblocks in getting it through to the audience?

In India it’s very difficult. The mainstream industry is so established with stars and the way they release movies in big theatres. The big distributors are very risk averse and cost conscious. They hear the word “documentary” and always assume it is something really boring and no one is going to watch it. The other challenge has been to get connections being an outsider. The challenge for me is to get these people to pay attention. We have been trying to reach to Sachin [Tendulkar] to watch the movie. I am sure he would like if he watched it, but it is hard to get through the walls that celebrities build in India. Overall, they are business people, and the idea of telling art and stories are long gone in India.

Q. But cricket as a subject has been commercially viable in India…

I agree with you. It has been mind-boggling to me. I will not take names, but we interacted with people pretty high up in distribution. In one case I got the following response: “It is going to be a beautiful film but you make India look like a poor country and I don’t think Indians are going to like that.” These are the kinds of barriers we ran in to. I am still hopeful. Even Danny Boyle had no buyers for Slumdog Millionaire. The movie was finished for six months; they had given up on it; and suddenly he found a buyer and things started happening.

So I try to reach out through media. In fact we know how audiences are reacting. We played it for Indian audiences in America and at the Mumbai Film Festival. We have got standing ovations and huge applause. It’s just about getting through to the decision makers.

Q. What about Fire in Babylon? It still found its way into the theatres here…

Fire in Babylon had some good luck there. It was supported by Tribeca Films and they are a giant withfilm festivals (they are, after all, owned by Robert di Niro). It is also about finding the right sales agent, the right distribution and the right connection. That’s why I am still hopeful. And I am pretty confident that Beyond all Boundaries is way more appealing to an Indian audience than Fire in Babylon.

Q. There aren’t many sports documentaries in India archiving cricket? What are your thoughts on that?

I have thought about it a lot. It has not been about cricket; I think it has a lot to do with where we are as a culture. Having lived abroad for a long time and having seen other cultures, the one major problem is the fact that we are not really conscious of our history. We talk about things that had happened 2000 years ago and forget what happened 20 years ago. The same holds for the history of sports: young people do not know what The Nawab of Pataudi had done for Indian cricket. We remember Kapil Dev from 1983, but very few remember Madan Lal, Roger Binny and others.

Q. If India hadn’t won the World Cup, how would this story have come about?

This is something we discussed a lot later on. We didn’t think that India was going to win. My plan was maybe we capture the moment India loses, capture those dejected faces, the next morning the sun would berising and the bunch of kids in Mumbai would be getting ready to play again. The dream would liveon, the wait for another four years. I am really glad we didn’t have to do that, what happened in reality was a dream come true for us!

(Kunal Nayyar from ‘Big Bang Theory’ fame is the co-producer of the documentary. You can know more about the filmmaker and his experience while making the documentary on cricketdocumentary.com) 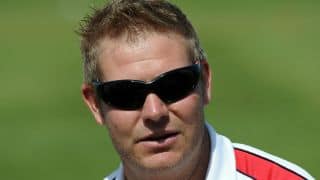