Syed Abid Ali, born September 9, 1941, is a former Indian cricketer who played 29 Tests and five ODIs in the 1960s and 1970s. An exuberant fielder and dynamic all-rounder, Abid was a part of the fabled Hyderabad line-up also comprising the likes of ML Jaisimha, Nawab of Pataudi Jr, and Abbas Ali Baig that often dominated but seldom conquered. On his 76th birthday, Shiamak Unwalla looks at 10 interesting things to know about a man who would have thrived in the T20 era.

1.  The best fielder: Unlike most Indian cricketers of that era, Abid not only enjoyed fielding but actively sought out opportunities to train. He trained in the maidans of Hyderabad, bouncing a ball off a heavy roller and running around to collect it. This loving attitude toward fielding led to personal accolades as well; during an inter-school tournament he was presented with the award for best fielder.

2.  Undiscovered bowling talent: Abid made his First-Class debut in 1959-60, but did not bowl till the 1961-62 season, when he sent down a mere eight deliveries in the season. He started bowling regularly only in the 1964-65 season, and would later go on to open bowling for Hyderabad. He ended up taking 397 wickets in 212 First-Class matches at an impressive average of 28.55 with 14 five-wicket hauls. Quite an achievement for someone who bowled just 20 balls in his first five seasons!

3.  Outstanding debut: The lack of bowling opportunities Abid got in the early part of his First-Class career seems even more ridiculous given his fantastic Test debut. Playing against Australia at Adelaide, Abid came on first-change and bowled a superb spell of 6 for 55, taking out the likes of Bob Simpson, Bill Lawry, Bob Cowper, and Barry Jarman in the process. Australia were bowled out for 335. A typically belligerent Farokh Engineer then smashed 89 to get India off to a great start, while skipper Chandu Borde (69) and Rusi Surti (70) consolidated. The young Abid gave a good account of himself as well, scoring a composed 33. Abid took out Cowper in the second innings as well, but Australia managed to amass 369, leaving India almost 400 to chase. Abid scored another 33, but India lost by 146 runs. Abid became only the third Indian after the great Mohammad Nissar and VV Kumar to take a fifer on Test debut. Abid also gained praise from cricketer-turned-journalist Jack Fingleton.

4.  A true all-rounder: Few Indian cricketers have managed to excel at every possible discipline with the ease at which Abid did; he could do anything a captain could wish for: open batting, bat in the middle order, open bowling, bowl first-change, field anywhere with equal brilliance, and also keep wickets! A First-Class batting record boasting of 8,732 runs at an average of 29.30 with 13 tons along with 397 wickets at 28.55 is impressive enough, but Abid also managed to pouch 190 catches and affected five stumpings.

5.  Supporting act to the spinners: Unfortunately for Abid, he played in the pre-Kapil Dev era when Indian pace bowlers had predominantly one function: wear out the new ball enough for the spinners to come on. Between 1967 and 1974 (the year of Abid’s debut till the year of his final Test) Bishan Bedi bowled as many as 11,994 balls in Test cricket. EAS Prasanna bowled 9,777, S Venkataraghavan bowled 5,298, and Bhagwath Chandrasekhar bowled 5,175 balls. Consequently, despite playing more matches than Chandra or Venkat in this time, Abid bowled only 4,164 balls in his entire Test career.

7.  Dead while alive: In a bizarre twist, some time after Abid’s Test retirement he had to live through the ignominy of reading his own obituary in the newspaper! This unfortunate event occurred when former teammate Farokh Engineer erroneously reported on air that Abid had passed away. As a result, the media put out obituaries on Abid only to have an annoyed Abid refute those claims in person. In fact, Abid had a successful bypass surgery following heart trouble.

8.  Related to a teammate: Much like Sunil Gavaskar and Gundappa Viswanath, Abid and Syed Kirmani’s families were joined in matrimony as well. Unlike Gavaskar and Viswanath though, it was the next generation in Abid and Kirmani’s case that found love; Abid’s son Syed Faaqer Ali and Kirmani’s daughter Nishad Fatima. Faaqer had met Fatima at a social function and had told Abid that he liked her. Abid later called Kirmani and they fixed the wedding. It was a rather traditional affair; the to-be bride and groom interacted properly only at the wedding!

9.  Tragedy strikes: Abid suffered arguably the worst fate for a father: surviving his son. Faaqer, who was also a club cricketer, suffered a heart attack and passed away in 2008, aged 33.

10.  Cricket in California: Abid is now based in California, where he stays close to the game as coach and part-time umpire. He has expressed interest in coaching India in the past, but laments that the BCCI have always looked at him as “a foreigner.” 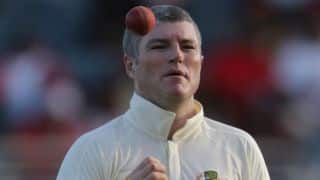