Syed Kirmani was a part of India's 1983 World-Cup winning side.

Syed Kirmani talks to Nishad Pai Vaidya about wicketkeeping, its techniques, the 1983 World Cup and lots more in an exclusive interview.

Syed Kirmani is one of India’s greatest wicketkeepers. Having played in an era when Indian cricket thrived on spinners, Kirmani played 88 Tests in a decade-long international career. He was also a part of the 1983 World Cup winning side, making his contribution from behind the stumps by taking some good catches. Recently, he was awarded the Lifetime Achievement Award at the CEAT Cricket Awards. In an exclusive chat with CricketCountry, Kirmani talks about wicketkeeping, the 1983 World Cup and its legacy.

CricketCountry (CC): You have played 88 Tests, won India’s first World Cup. But when you get such awards, how much does it mean?

Syed Kirmani (SK): It is a great feeling that your services to this great game of cricket have been recognized. On that basis, it is a matter of honour to be conferred upon such awards. I hope these awards are an inspiration to the younger generation to do their best at all times and bring name to the country.

CC: Looking back at your era and the current times, do you think we won’t see the specialist wicketkeeper? Today, wicketkeepers are required to bat as well.

SK: Now, nobody is bothered about the specialist in wicketkeeping. Nobody is bothered about the technique of wicketkeeping. It is important to produce the results. So that is what is the new concept in coaching which has been brought about and which has been inculcated in the batsman who can keep wickets. Earlier in my days, it was a keeper who can bat — a specialist wicketkeeper. I don’t know how I can term special wicketkeeping talent. I don’t know how I can express that. But the technique in wicketkeeping is not there at all according to me. There is a technique to every aspect of the game. But the right technique is not being implemented in the current era of wicketkeepers. There are some finer points of every aspect of the game. Those finer points are missing from all wicketkeepers globally. I am not saying just Indian wicketkeepers. The basic, tight, copybook technique is missing.

CC: You say there are some finer points missing. What are they? Plus, is there some amount of fearlessness involved these days because of the level of protection for eg. with the keeper’s standing up and having the helmet on etc?

SK: In our time, we never had a coach. There was a quote in our time, which was rightly said, “A wicketkeeper of international repute is always born.” When they say born, he has to be born with the natural ability, reflexes, agility and vision. These are the things a wicketkeeper has to possess. The technique of wicketkeeping, which has not been seen, is that a wicketkeeper has to sit until the ball pitches. He should be seated on his toes — which is not being seen on a regular basis. They are half crouching. When you are on your heels, the kind of catches they are taking on either side, particularly off fast bowlers, whatever they have taken, if they were on their toes, they would have gone another two to three feet more with their agility. The agility and reflexes come when you are on your toes and getting up with the pitch of the ball. That is the copybook technique for you to be focused on the ball, your movements and your anticipation and then you collect, which is not being found in the current era of wicketkeepers. There are the finer points, but are not being considered with the new concepts coming by the coaches. They say, “We are not concerned, we want results.” We have seen (MS) Dhoni effect stunning stumpings, great catches being taken. We see other wicketkeepers also do that.

CC: You mentioned Dhoni and his stumpings. Going by statistics, he has many stumpings when compared to some of the modern wicketkeepers. What allows him to do that? Especially so quickly.

SK: Wicketkeeping ability is only judged when he stands up to the spinners. Even you can keep to the fastest bowlers in the world, because when you stand far behind, you have enough time to see, move, anticipate and collect. But, when you stand up to the stumps, that is where in a fraction of a second you have to synchronise agility, reflexes, your movement, your anticipation and your gloves coming together. Only then will you have the ball in your gloves to affect a stumping or a catch. When a wicketkeeper does that, it doesn’t mean he is technically sound. Your reflexes, your agility can be there in anything as long as you produce the results. Fair enough.

CC: You did say standing back is easier. But is it trickier in England as the ball moves around? You have done well in England. Did you prepare differently, and what would you suggest to the Indian wicketkeepers going there?

SK: It is all on the reflexes, agility, anticipation and how they apply themselves. That is what is required. In my time, there were no helmets and there is so much protective gear now. People say that I have set a high standard on wicketkeeping, I would attribute that to my era of geniuses in spinners called BS Chandrasekhar, Erapalli Prasanna and Bishan Bedi. These are the geniuses and world’s best spinners till date. I have not come across anybody near their geniuses. Of course, the orthodox spinners like Shane Warne of the next era and then Abdul Qadir in my time. They were orthodox leg-spinners. But there cannot be another BS Chandrasekhar. They gave me the wicketkeeping standards.  I had to rise myself to their standards. I was fortunate to be in Karnataka to start my wicketkeeping as a school kid unofficially to Chandrasekhar and Prasanna. They are geniuses.

CC: Having been a part of the 1983 World Cup winning team, which was your favourite match? Keeping the final aside that is.

SK: I would take the Zimbabwe match at Tunbridge Wells when we were 17 for five. We were 140 for eight when I walked in and Kapil (Dev) was past 50. (Balwinder) Sandhu was the last man behind me. That match was the turning point for us reaching the semi-finals. That was the match which is very important to me. You can imagine at that stage, having come so far, just one match away from the knockout stages against the weakest team in the competition. We were the fourth weakest in the tournament. That was the best match for me of the entire tournament apart from the finals. We had a good partnership of 126 runs for the ninth wicket and I have never seen such a blistering knock from Kapil Dev’s bat till date in that kind of situation by any player. So that was the turning point for me to qualify for the semi-finals against England. And then meet the reigning world champions who were gunning for a hat-trick of titles. It was history after that.

CC: Having won the 1983 World Cup, how would you describe the legacy of that victory?

SK: Winning the World Cup in 1983 was most unexpected, let me confess. Before leaving the shores of this country, at least in my mind, it was to qualify for the knockout stage would have been a big achievement knowing that we were the fourth weakest team in the competition and less experienced when compared to the others. On that basis, we taught the entire cricketing fraternity that the weakest team in the competition can beat the champions on a particular day. The luck also plays its role in every walk of life and luck was with the Indian team in 1983. I can very proudly say that we laid the foundations for future cricketers to build their stories on that. After that, we had to wait another 28 years to see Dhoni win the second World Cup. 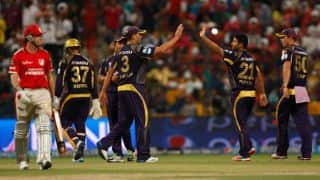 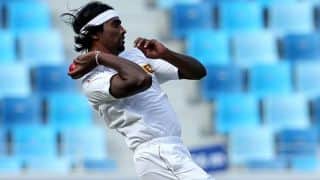