June 1, 2008. The satellite city of Navi Mumbai had never witnessed an extravaganza like this. The massive number of cars that arrived from the main city led to shutting of tollbooths. Shane Warne tirelessly waved at fans from the bus throughout the 30-km journey from his Parel hotel to the DY Patil Stadium. The stage was set for the inaugural IPL final. A few months prior to this, a crowd of 30,000 had witnessed Virender Sehwag bludgeoning his way to a 33-ball 100 for ONGC against BPCL in the DY Patil T20 tournament final, thus proving his iconic status for Delhi Daredevils (DD). Just over a week prior to that, he had been dropped from the playing XI in the CB series final in Australia. That is another story.

Amidst the Bollywood and corporate glitz and plethora of cricket stars, Yusuf Pathan propelled Warne’s Rajasthan to their maiden IPL glory. IPL was here to stay. So was this new picturesque stadium with the tallest mast in the country and largest LED screens. Here was a venue with modern state-of-art that was earthquake resistant and had first-rate safety facilities like the evacuation system. Dr Vijay Patil could go on and on about this. I happened to be in the press box and fell for the venue.

In 2009, Rahul Dravid admitted to have been blown away by the facilities and rated them amongst the best he had seen.

2010 saw IPL return to the country. The very ground held the opening ceremony, first match, semi-final, third-place play-off, the final and 2 other matches. For the first season it was the home ground for Mumbai Indians (MI); now Deccan Chargers (DC) had made this their home; and in 2011 Pune Warriors India (PWI) had their base here.

To regular cricket watchers from this part, ones who want to just enjoy the sport, this was a paradise and gave them a respite from the usual abusive Wankhede crowd.

Six years on, India’s home of T20 that DY Patil Stadium once was lies in the oblivion. The power struggle of Mumbai Cricket Association (MCA) has ensured that one of the best stadiums in the country, designed by India’s leading architect Hafeez Contractor, has not hosted an international game yet (the Australia-India ODI in 2009 was abandoned without a ball being bowled); in fact, barring the IPL encounters, and all it has is a solitary Ranji Trophy game.

IPL games dried up after a renovated Wankhede Stadium in the city centre opened up. There were Indian Super League (ISL) games. The ground will also host FIFA Under-17 World Cup matches. And as far as cricket is concerned, one of the finest cricket grounds gets its cricket quota from the annual DY Patil T20 Tournament where star-studded corporate teams battle it out. This year being no different.

The 13th edition of the tournament started on January 4 with Indian Oil taking on Air India. The tournament being held before the IPL 2017 auction provided ideal opportunity for the franchise to look at prospective players. Also, with the T20Is against England coming up there are places up for the grab.

Naman Ojha’s 28-ball 47, Manvinder Bisla’s 56-ball 67 and 29-ball 43 not out from Yuvraj Singh propelled Air India to 180. Unfortunately, only a handful witnessed the stars in action. Better coverage of the tournament would certainly have given the tournament a bigger coverage. The empty stands did not matter to Yuvraj, who struck three lusty blows resulted in maximum.

Cheteshwar Pujara opened for Indian Oil. For years, ‘Test specialist’ has been a tag attached to him and IPL auction snubs have become a norm. In fact, even the Saurashtra-based Gujarat Lions thought picking someone like Jaydev Shah was a better bet than going for Pujara.

Pujara is a fighter. In an interview with The Times of India last month, Pujara had announced: “I definitely feel that I am batting well and it’s only a matter of time before I begin to do well in all formats of the game. I am sure my opportunities will come.”

When the opportunity came, he latched onto it. A Pujara ton, in T20s, downed a side with stars like Yuvraj and Ojha. The Pujara-piloted Indian Oil flight felled Air India by 10 wickets. Pujara remained unbeaten on 108 from 73 balls.

The afternoon match belonged to Indian stars Hardik Pandya and Ambati Rayudu, who turned up for Reliance One. Pandya had injured his shoulder midway in the Test series against England and ruled out. In all probability, he shall return for the ODIs against England.

The wicket was on the slower side and damp. Amit Mishra for RBI struck early with twin blows. Openers Rishabh Pant and Jitesh Sharma fell to Mishra’s guile. Rayudu and his MI teammate Pandya then added 149 from thereon. Pandya butchered a 54-ball 95. One of his sixes landed almost in the third tier of the stadium. He tonked 5 in all.

Reliance One put up 170 and RBI managed 127. Pandya, clocking good pace, ended with 3-0-19-1, accounting for the wicket of Rajesh Bishnoi. Come England, a fully fit Pandya will be raring to have a go.

The likes of Sehwag, Shikhar Dhawan, Suresh Raina, Yusuf Pathan and co. are expected to be a part of the tournament in the coming days. 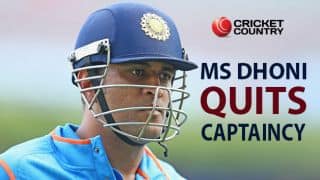