India will be knowing that Ravindra Jadeja has not only got very few overs to bat, and he has failed in whatever limited opportunities he has got.

While India have almost all their bases covered for the T20 World Cup 2016, there are a few concerns for the tournament’s hosts. With their top and middle order being in a splendid form, carrying out the job assigned to them on more than one occasion, the lower-order batsmen have not got enough chances in the middle. They have been found wanting for runs and rhythm, and the defeat to New Zealand proved the lower-order Indian batsmen, especially Ravindra Jadeja, have remained deprived of quality batting time.  FULL CRICKET SCORECARD: India vs Pakistan, ICC T20 World Cup 2016, Match 19 at Kolkata

In their build-up to the ICC World T20 2016, India played as many as 11 matches. While India won 10 out of them, Jadeja got the opportunity to bat only four times. And in these limited chances, he has the highest score of 6, which also includes an unbeaten duck (versus Bangladesh in Asia Cup 2016), and a painful 3-ball nought against New Zealand.

India will be knowing that Jadeja has not only got very few overs to bat, and he has failed in whatever limited opportunities he has got. The failures against Sri Lanka at Pune, and against New Zealand at Nagpur, prove that lack of opportunities is not the only concern for India; Jadeja’s form has been worrisome as well.

India captain MS Dhoni has time and again lamented the fact that the lower-order batsmen face different kind of pressure, and more often then not they usually fail. Those who walk out to bat in crunch situations — including Dhoni himself — are expected to attack right from the first ball. This is certainly not a situation that a batsman likes to face as soon as he gets in. READ: India vs Pakistan, T20 World Cup 2016, Match 19 at Kolkata, Preview: Battered India look to bounce back against arch rivals

Despite that, Jadeja has failed to hold together the innings when he was expected to. At Nagpur, New Zealand were on the charge but with his experience and prowess, Jadeja could have steered India out of trouble, if not win the game for them. At Pune, when Indians lost wickets in a heap, all that Jadeja had to do was spend time at the wicket. Jadeja failed on both the occasion.

These are not the two occasions that suggest Jadeja has been out of form. The ODI against Australia at Canberra — wherein India collapsed 227 for 2 to 323 all-out after Virat Kohli and Shikhar Dhawan’s brilliance — Jadeja failed to take India to victory despite the target being achievable with some application and disciplined effort.

In that game, Jadeja made a painful 27-ball 24 not out, and remained a witness to the batting collapse from one end. Many wondered, at some point Jadeja should have initiated the counter-attack. But he did not even look to attack, the 24 not out included just one boundary.

The ICC World T20 2016 will test out the teams to the limits. Teams will come across situations for which they might not have planned, or may have not anticipated. India, in this case, have something to worry about. 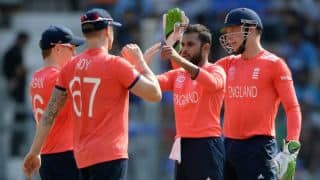 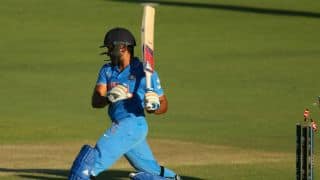