There was a time when Yuvraj Singh's walk to the crease would send shivers down the spine in opposition ranks. His uninhibited striking, confident swagger and golden arm had made him India s Talisman in the limited-overs.

Almost exactly a couple of years ago, India suffered heartbreak as they were comprehensively beaten by neighbours Sri Lanka in a World Cup final. The tournament was the ICC World T20 2014 and till that game, Team India had not put a foot wrong in their run to the final. They were easily the team to beat, and were rightly dubbed as the title favourites by the cricket pundits. The final too had been going well for them till the first half of their innings, with their best batsman Virat Kohli playing like a dream. But things changed in the eleventh over with the fall of Rohit Sharma s wicket, when Yuvraj Singh came out to bat. Little did he know that Lasith Malinga already had a blueprint ready for him. READ: Full Cricket Scorecard: India vs West Indies, ICC World T20 2016, 2nd semi-final at Mumbai

There was a time when Yuvraj s walk to the crease would send shivers down the spine in opposition ranks. His uninhibited striking, his confident swagger and his golden arm had made him Team India s talisman in the limited-overs. But that was a thing of the past as he took guard in that final against Sri Lanka. He entered the field in the 11th over and by the time he was dismissed in the 19th, and all he could manage was a scratchy 21-ball 11. Malinga kept bowling him yorkers outside off which he failed to deal with, even as a hapless Kohli looked from the other end. He struggled to put bat to the ball and in the process, deprived Kohli of strike, whose batting was poetry in motion that evening. READ: How Lasith Malinga s tactical acumen sealed the World T20 final for Sri Lanka

As a result, India put a modest 130 on the board, the lowest first-innings total in a World T20 final, which was never going to be enough to test Sri Lanka. India lost the match and Yuvraj was crucified by the media and fans alike. On the expected lines, he was dropped from the team, not for the first time though in his almost a decade-and-a-half career. Critics wrote him off and predictions were made that he may perhaps never play for India again. For a man who had seen it all, being diagnosed with a cancerous tumor and making a stunning comeback beating all odds, a comeback was never going to be an insurmountable task. READ: T20 World Cup 2016: Team India will miss Yuvraj s remarkable show of character

He did make one; a surprising, or rather shocking one, in December last year when he was picked for the Australia tour. Yes, he had made runs in the domestic circuit and averaged around 85 in the Vijay Hazare Trophy, but the decision was intriguing for he was recalled in a format that marked his embarrassing axing from the side and not for the ODIs, where he was doing well. Since then, till India s last league match in the World T20 2016, though he did not exactly set the stage on fire, he did enough as a team-man to influence team India s fortunes. All this while, his big sixes, swagger, confidence and attitude were all missing, which triggered calls for his ouster by a section of media. READ: Manish Pandey perfect candidate to replace Yuvraj Singh in T20 World Cup 2016 semi-final against West Indies

And now, with a mistimed ankle injury ending his World T20 campaign painfully just ahead of the knockouts, the talks about his career coming to an end will only gain momentum and this time, there is a rationale to it. India s calendar is Test-heavy for next 18 months, where they play around 17 Tests. There will be some ODIs too, where Yuvraj is not in the mix. The only format where he fits into the scheme of things is T20, one that does not find a prominent place in India s schedule. Moreover, the emergence of Manish Pandey, the player who has replaced him in the World T20 squad, only makes life difficult for him. Then there is Ajinkya Rahane, waiting for his chances in the limited-overs sides, and Shreyas Iyer, threatening to break open the door.

But it is not only about the external forces that will impact his return to the field; Yuvraj has to battle the internal demons all over again. It will be a test of his character, his attitude, his willingness and hunger to return back to the field once again and of course his fitness. His body, one that has survived the rigours of international cricket for 16 long years and conquered a disease most succumb to, is not at its best. His reflexes are not as good as they used to be when he thrashed a young Stuart Broad for 6 sixes. At 34, he is not the same Yuvraj who took on Glenn McGrath and co. in his maiden international outing with flair. If he is to make a comeback again, he will have to pass all these tests, or else, this may well be the end of the road for him. 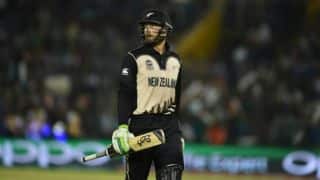 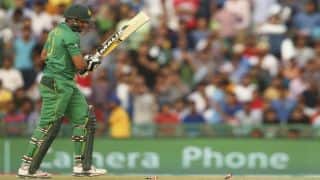