England won three of their four matches and stood second in the Group 1 table to qualify along with toppers West Indies.

After a thrilling Super-10 round, the top four teams are all set to battle it out in the semi-finals of ICC World T20 2016. In the first semi-final, it is England who take on New Zealand at the Feroz Shah Kotla Stadium, Delhi on Wednesday. While New Zealand remained unbeaten throughout the tournament and qualified on top of Group 2, England won three of their four matches and stood second in the Group 1 table to qualify behind the table toppers West Indies. As the interesting match takes place, here is the likely XI with which England may go with. FULL CRICKET SCORECARD: ICC T20 World Cup 2016, England vs New Zealand, Semi-final 1, at Delhi

Top-order: The England team is one of the batting-heavy sides in the contest. The line-up starts with Jason Roy and Alex Hales opening for them. Roy has been in a good form in the series and has recently scored a good 39-ball 42 to provide England a good start while, on the other hand, Hales’ performance has been a bit disappointing. If the latter shines, the opening pair can prove to be dangerous. At No. 3, England have their best batsman, Joe Root coming out to play. Root is expected to anchor the innings as well as score runs so that the middle and lower-middle-order can go for the biggies in the slog overs fearlessly.

Middle-order: The power hitting in the middle order starts with Jos Buttler and also consists of Eoin Morgan and Ben Stokes. Buttler has been quite efficient in scoring in boundaries and sixes, exactly what is expected of him down the order while skipper Morgan and stokes also possesses a similar quality of batting. With so many hard-hitters in the side, the team looks to be a strong one with the bat.

Bowlers: England have a couple of options for opening the bowling but the one who has earned the faith of the captain so far is David Willey. Willey has managed to scalp early wickets in the last few matches while maintaining a good economy. Another major option with the ball is Chris Jordan, who bagged 4 wickets in the last match and will be high on confidence. Liam Plunkett has also been a bowler who managed to maintain a very good economy playing two matches in the tournament. For the spin department, England have Adi Rashid and Moeen Ali while Ben Stokes is one medium-pacer who has bowled in the death-overs quite successfully in the past few matches. 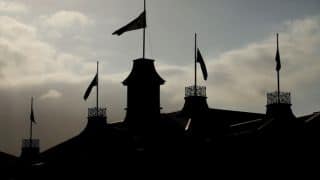