This edition of ICC World Cup T20 saw many batting stars bring their might to global stage, we present to you the Top 10 batsmen witnessed in T20 World Cup 2016.

With all the razzmatazz of the ICC World Twenty20 (T20) 2016 behind and West Indies winning the title emphatically in the final over, via a Carlos Brathwaite onslaught, it is now time to look at some of the most consistent, impactful and crafty batsmen who embraced the fans with their batting. Pitches during the WT20 were anything but easy and flat beds to rocket away runs, it were more of a testing wickets, which asked batsmen to spend time and accumulate runs before going berserk. Vishal Mehra lists down the top 10 batsmen, who charmed with their prowess during this ‘Championesque’ edition of T20 World Cup. FULL CRICKET SCORECARD: England vs West Indies, ICC World T20 2016, Final at Kolkata

Virat Kohli: Undoubtedly the best batsmen in the edition of T20 World Cup, Kohli has been the man for all seasons. Kohli has batted in pressure situations for the team, be it his knock against Pakistan, Australia or West Indies. He has only grown as a player and earned the utmost respective from players and fan alike. Against Pakistan, he weathered the Mohammad Aamer-storm and took apart James Faulkner to get India past to the semi-final stage.  With an astounding average of 136.50 and strike rate of 146.77, Kohli was with a iota of a doubt judged the Man of the Tournament. ALSO READ: T20 World Cup 2016: Virat Kohli named Man of the Tournament

Joe Root: Call him a doppelgänger or not, Root has in his very own way emulated Kohli’s performance, specially in the final against West Indies. Root made a 36-ball 54 to rescue his team to a par total of 155,  Root miraculously picked up the wickets of Johnson Charles and Chris thundering Gayle in his first over. Root, will mostly be remembered for his 83 run knock against South Africa, which inspired England chased down 229. Root has shown that Test cricketing shots can yarn runs and that too plenty of them.

Tamim Iqbal: Tamin, highest run-getter in T20 World Cup 2016, came into the squad only as a replacement only to prove his worth in gold for the team. Tamim batting helped Bangladesh get off to great starts and made them put up defendable totals in the qualifier stage to enter the main draw. Tamim’s first three innings in the tournament read 83*, 47 and 103*(first hundred of this edition).  His 103* against Oman propelled Bangladesh to 180 in their 20 over to hand them a healthy victory via D’L method, because of a superior scoring rate.

Mohammad Shahzad: Afghanistan’s knight in the top-order, Shehzad displayed some of the most fearless and brute batting early on in his tournament before the likes of Gayle, Kohli or Lendl Simmons could even start to think of it. Shehzad in the opening match of the T20 World Cup qualifiers, struck 61 quick runs against Scotland, and never stopped after that.  The fulcrum of his batting came against South Africa in Mumbai, destroying the likes of Kagiso Rabada, Chris Morris and Kyle Abbott was unprecedented. His knock of 44 off 19 got Afghanistan to just runs away from a great upset.

Marlon Samuels: West Indies very own man of the finals in 2012 and 2016, Samuels. Samuels equaled his match winning performance from 2012 into 2016, making an unbeaten 85 to anchor his team to a second T20 World Cup crown. Samuel who said after the match that he lets his bat talk when it matters in a reply to Shane Warne’s earlier comments, had helped his team get past South Africa making 43 valiant runs in the group stage.  Even though his strike rate is lesser than the other batsmen, his knack of big match performances tips him into this list. ALSO READ: Marlon Samuels lashes out at Shane Warne following T20 World Cup 2016 win

Martin Guptill: New Zealand’s most trusted opener in recent times, Guptill showed why franchises in the Indian Premier League (IPL) did a big error in not picking him up during IPL 9 auctions a month back. Guptill from the get-go showed his intentions clear to opponents hitting sixes and fours at will. Guptill’s 80 from 48 balls against Pakistan excelled his teams chances to enter the semi-final stage. At a phenomenal strike rate of 157.30, Guptill was easily the most impactful opener from T20 World Cup 2016.

Jos Buttler: England’s middle-order exuberance came from one man and one man only, Buttler. The wicketkeeper-batsman, who was yet to lighten up at the global stage, took the perfect place and time to announce himself.  Buttler provided the much-needed tempo to England’s innings with skipper Eoin Morgan being in completely out of form.  Buttler along with Root has formed an unbeatable pair controlling the resurgence of England in T20I’s. Buttler collected 191 at an unbelievable strike rate of 159.16.

Usman Khawaja: Australia’s only representative in this list;  Khawaja carried his Big Bash form into the tournament. He replaced World’s No.1 T20 player Aaron Finch in the opening position and very capably stood a class –apart amongst the likes of Steven Smith and David Warner. Khawaja took the simple approach of timing the ball well than trying to generate pace of the bat to get boundaries. Khawaja struck just 26 runs against India, but managed to give his team a dazing start, which Australia failed to capitalize. Khawaja added 143 runs to his name in 4 matches.

Angelo Mathews: Sri Lanka’s stand-in skipper after regular captain Lasith Malinga, dropped out of the tournament citing injury it put immense pressure on him. Mathews burdened with a young and inexperienced side, gave his all with the bat, just to end up on the losing end. Mathews in three matches made 114 runs at an average over 100. Mathews made a noble unbeaten 73 against England in a bid to keep Sri Lanka in the event alive but it was not to be. If one had to bank on a sheet-anchoring role, Mathews will the ideal candidate for it.

Jason Roy: Part of England’s J-trio Jaosn Roy, added another dimension to their batting. Roy, opening the innings added quick fire runs to give England a steady start, which has been wanted by them since long time. Roy’s 44-ball 78 against New Zealand in the semi final, led England to a relaxed victory in just 17.1 overs chasing 153 runs. In hindsight England’s loss in the final could be attributed to Roy getting out at duck in the final against West Indies. 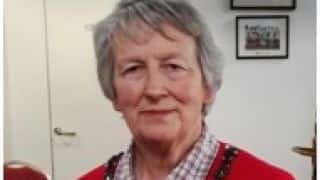 Denis Compton taught her how to score a cricket match Marlon Samuels' legacy and the tale of two finals