The world perhaps remembers Ramakant Vithal Achrekar as Sachin Tendulkar’s coach, and it cannot be denied that his forte lay in coaching. However, there was more to him than that: Achrekar was also a competent cricketer in his early days: he played for New Hind Sports Club, Young Maharashtra XI, Gul Mohar Hills, and Mumbai Port.

It was in 1964 that he was selected by All-India SBI for their Moin-ud-Dowlah Gold Cup squad. It was no mean feat, given that the side boasted of stars like Vijay Mehra, Hanumant Singh, Ajit Wadekar, Ramesh Saxena, Milkha Singh, Baloo Gupte, Sharad Diwadkar, and VV Kumar.

There were four teams in the tournament. While Maharaj Kumar of Vizianagram’s XI, Tata Sports Club, and Associated Cement Company got direct entry to the semifinal, SBI had to battle it out with Hyderabad Cricket Association (HC) XI for the fourth spot.

Diwadkar decided to bat, and Achrekar walked out to bat with Vijay Mehra against ML Jaisimha, the HCA XI captain, and Habib Khan. It was not the most auspicious of starts: he was caught by Abid Ali off Jaisimha after he had scored a solitary run. The SBI score had reached a mere 12.

Jaisimha took out Hanumant and Wadekar early as well, and at 34 for 3 SBI looked in trouble. Mehra (42) and Saxena (47 not out) added 43 for the fourth stand, but wickets kept tumbling as the slow bowlers came on. Mahendra Kumar, M Jairam, and Kareem-ul-Haq shared seven wickets between them, and Saxena was left stranded as SBI were bowled out for 148 on Day One.

Both HCA XI openers were run out; Jaisimha walked out at 68 for 3, and saw his side being reduced to 120 for 6. He took control and played the kind of innings that set him apart from his peers, especially in domestic cricket: nobody else crossed 30 as Jaisimha single-handedly took the score to 284, scoring an unbeaten 151 out of 217 during his stay at the wicket.

Disaster struck early in the SBI second innings as well (KS Ramachandran was promoted to open with Mehra). Achrekar eventually appeared at 127 for 6 with his side still in arrears. He scored a brisk 27 (dominating a 42-run stand with Saxena) before being stumped by Venkatesh Rao off Mahendra Kumar. Saxena top-scored again (this time with 71) as SBI managed a slender lead of 72.

Though Gupte provided an early breakthrough, Abid Ali and Abbas Ali Baig took control of proceedings. Diwadkar threw the ball to Mehra (who took two quick wickets), but Baig’s unbeaten 46 was enough to see HCA XI home with six wickets in hand on the third morning.

– Achrekar did not play another match. He went on to became one of India’s most famous coaches. Apart from Tendulkar, his students include Balwinder Sandhu, Chandrakant Pandit, Vinod Kambli, Pravin Amre, and Ajit Agarkar. He was later honoured with Dronacharya Award (1990), Padma Shri (2010), and Sports Illustrated Lifetime Achievement Award (2011). 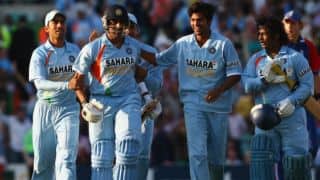 Teacher’s Day and India: A review of all the five encounters that were played 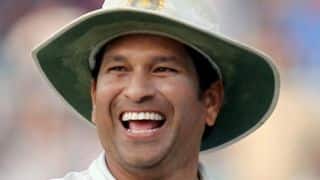 Sachin Tendulkar’s autobiography: 11 intriguing questions that fans would eagerly await answers to from the maestro