Tarot reader Shruti Chopra looks into her cards to give CricketCountry.com readers exclusive insights into what lies ahead in the IPL matches. In the below piece, she dwells into the Mumbai Indians vs Royal Challengers Bangalore game - the only IPL match on Wednesday. 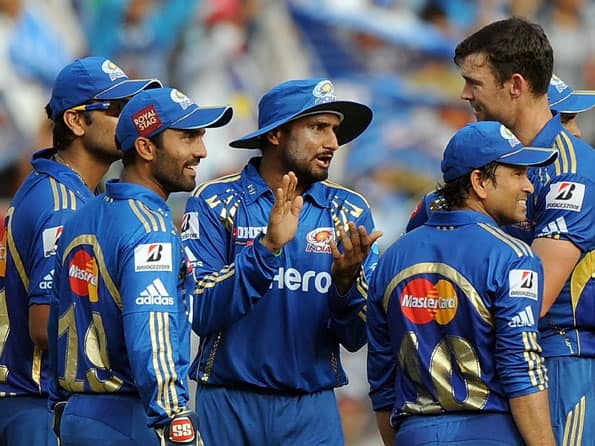 Tarot reader Shruti Chopra looks into her cards to give CricketCountry.com readers exclusive insights into what lies ahead in the IPL matches. In the below piece, she dwells into the Mumbai Indians vs Royal Challengers Bangalore game – the only IPL match on Wednesday.

The Mumbai Indians are feeling steady like the Knight of Cups, but will need to be more confident since this won’t be an easy game for them. The Hermit and the Star will allow them to recover from a dip in performance. Their plans will be wise, making them more pro-active. They will also need to maintain better focus on the field.

Harbhajan Singh will have a weak start and, like the Eight of Cups, may even feel disappointed from this. He will see sense and pick himself up. The Strength card shows him doing this and taking charge of his bowling. As a captain he will have a strong belief in his team. He will have the ability to extract strong performances from the players.

Sachin Tendulkar, like the Three of Cups and Lovers card, will have a good start and build a strong partnership. He will find the second half of his innings tougher to manage as it will be hard work.

Rohit Sharma will have a good day. The Seven of Pentacles and the Sun shows him having a positive and fluent innings.

James Franklin will be part of an important and strong partnership. He will have a good day.

Ambati Rayudu will be another strong batsman. He will be well planned and will provide a balanced innings.

Dwayne Smith will feel the pressure, but he will take risks and push himself out of an initial weak phase.

Lasith Malinga will be well directed, careful and will play a key role. His ability to be balanced will bring positive results.

Munaf Patel will have the opportunity to make his bowling count, but, with the Eight of Swords, he will find it a tough task.

The Royal Challengers will need to be careful of not being heavily reliant on individuals. They, like the Two of Wands are looking to play well in partnerships and take the team forward based on strong, attacking plans. Despite this, they will show tendencies of imbalance.

Daniel Vettori will feel the pressure to bowl well and lead by example with his bowling. TheStrength card does show him overcoming his pressures and taking control. As a captain, he will be apprehensive and will work hard to build balance, like the Justice card.

Virat Kohli will start off his innings impulsively. He will work himself into a strong partnership and, like the Ten of Pentacles, he will be able to make a valuable contribution with the bat.

Chris Gayle will have a tentative start, but with the Four of Wands, he will grow into building a strong innings.

AB de Villiers will have a good start. He, like the World, will take command, but will need to be cautious towards the second half of his innings.

Tillakaratne Dilshan will be like the King of Wands – adaptable and strong. He will play a strong innings.

Zaheer Khan will be aggressive and will bring back some of his past form. He will need to be cautious of leaking away some unnecessary runs.

Muttiah Muralitharan will start off quite flat, but will change this around quite quickly and will bowl well.

Harshal Patel will be steady and bowl well in partnerships. He will have a good day, especially, since like the High Priestess, he will bring out a lot of his potential.