Nishad Pai Vaidya delves into Sourav Ganguly’s recent statements which suggest that India are yet to find their combination for the 2015 World Cup. In the last of two parts, he discusses the bowling and the possible contenders who might be in the picture for that mega event. 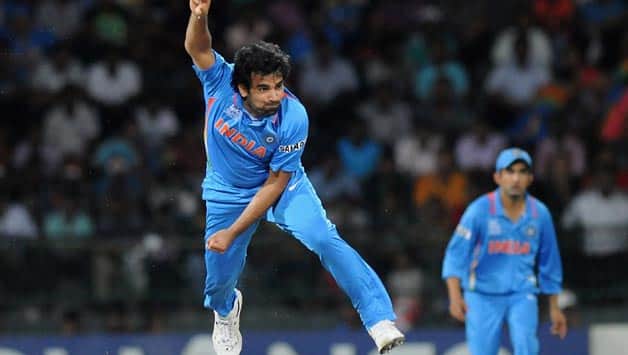 Zaheer Khan poses a tricky proposition for India. If he regains form and fitness, selectors may mull including him as his experience would be handy. However, it might come at the expense of a younger pacer © Getty Images

Nishad Pai Vaidya delves into Sourav Ganguly’s recent statements which suggest that India are yet to find their combination for the 2015 World Cup. In the last of two parts, he discusses the bowling and the possible contenders who might be in the picture for that mega event.

In a period of instability post the 2011 World Cup, India have fielded as many as 19 specialist bowlers in One-Day Internationals (ODIs) — out of which 14 are fast bowlers. Injuries and poor form troubled that lot as India failed to maintain a stable combination in the last two years. The ICC Champions Trophy 2013 saw India go in with an unchanged unit — something that augurs well for them. However, as Sourav Ganguly pointed out and was discussed in the first part of the series, the unit’s form has to be judged in the long run and there are men who can challenge the current order in the months ahead.

India’s current pace-bowling order is as follows: Bhuvneshwar Kumar, Umesh Yadav, Ishant Sharma, Shami Ahmed, R Vinay Kumar and Irfan Pathan. Shami came in for Pathan as the latter was injured after the Champions Trophy. India have to back this combination as they delivered the goods in England, but must also formulate plans in case anyone loses form or is injured. A strong bench-strength is what will give them options to choose from.

Bhuvneshwar has been the most impressive Indian bowler since his debut late last year. He is accurate and gets copious movement even on unhelpful Indian surfaces. A genuine new-ball bowler, Mahendra Singh Dhoni has used his quota upfront. Thus, the only worry may be his ability with the old ball or bowling in the slog overs. The person who can challenge Bhuvneshwar is Praveen Kumar — who is also a swing bowler and doesn’t boast of pace. If Bhuvneshwar doesn’t maintain his form, Praveen can very well regain his slot. India may only want to take one of them to the next World Cup as they are similar bowlers and it wouldn’t make sense to carry two of the same kind.

Umesh runs in hard and bowls with good pace — something that adds dimension to the Indian attack. He can surprise the batsmen as the ball would come quicker on to them. Although a wicket-taker, Umesh bleeds runs and has a high economy rate even in Test cricket. The last time he travelled to Australia, he had a good time in the Test series. Before the next World Cup, India would want his line and length to get tighter without him compromising on pace.

Ishant is someone who has had a stop start one-day career. In 2009-10, he was a regular member in the one-day team, but lost his slot thereafter. That he did not make it to the 2011 World Cup squad was shocking considering the promise he had shown early on. Now that he has proven his one-day credentials, he has to make sure he doesn’t lose his spot. Like Umesh, he has this tendency to get hit for plenty and needs to work on that. The worry for India is that this duo bowls in the slog overs — a phase that has been India’s Achilles heel for some time.

Vinay Kumar was one of the success stories of India’s tour to Australia in 2012. In the tri-series, he bowled tight lines and also picked up on pace. Since then, he hasn’t played a lot for India as an injury affected his progress. He made a comeback for the Champions Trophy, but has warmed the bench since. His presence in the squad is crucial as he is seen as a good bowler for the format. Being in the scheme of things, he can push for a spot in the eleven and cement his place in the squad.

Then there is Shami, who is brisk and accurate. Although, he didn’t have a good outing in his only game in the ongoing tri-series, he has the promise for the future. India have to handle him with care and get the best out of his talent. He too has to capitalise on every game he gets as they might be few and far in between given India’s stable attack in recent times.

Pathan will compete with Ravindra Jadeja for the all-rounder’s spot with the latter far ahead in the pecking order. Last year, Pathan had a good series in Sri Lanka, but an injury hindered his progress and Jadeja came through thereafter. In Australia, India may want the option of playing the extra seamer and Pathan comes into the equation there. The sooner he gets on the park; the better would be his chances.

Zaheer Khan poses a tricky proposition for India. If he regains form and fitness, selectors may mull including him as his experience would be handy. However, it might come at the expense of a younger pacer. Fitness is the key for Zaheer as that has often held him back in the past.

Munaf Patel, another key member of the 2011 World Cup team may also have a chance of coming back. Abhumanyu Mithun is another candidate in this department and is someone who has been around the squad for quite some time.

For now, the spin bowling department looks good with Ravichandran Ashwin and Ravindra Jadeja doing the job. Jadeja’s all-round abilities allow India to play the three fast-bowlers and bring tremendous value to the eleven. He is very hard to dislodge from the playing eleven Amit Mishra is in the squad now and is biding his time. Parvez Rasool is another spinner who is on the radar and is touring Zimbabwe. Pragyan Ojha hasn’t been considered for one-day cricket very regularly and that is a astonishing given his control and variations.

Meanwhile, it is an uphill task for Harbhajan Singh to return. India are looking at younger options and they have them in plenty. Harbhajan would have to do something spectacular to get back into the picture before the next World Cup.

India may have many options in the bowling, but the faster they have settle on to a unit the better. That combination has to be persisted with in the long run as India can then go into the World Cup a confident unit. At some points in time, they have to assess their build-up and chalk out the pros and cons. Two years is a long time and many things can change in that interval.

Rohit Sharma, Virat Kohli and Bhuvneshwar Kumar — The triumvirate to emerge from tri-series in West Indies