Tarot reader Shruti Chopra looks into her cards to give CricketCountry.com readers exclusive insights into what lies ahead in the IPL matches. In the below piece, she dwells into the Kolkata Knight Riders vs Pune Mumbai Indians game - the first of the two IPL matches on Saturday. 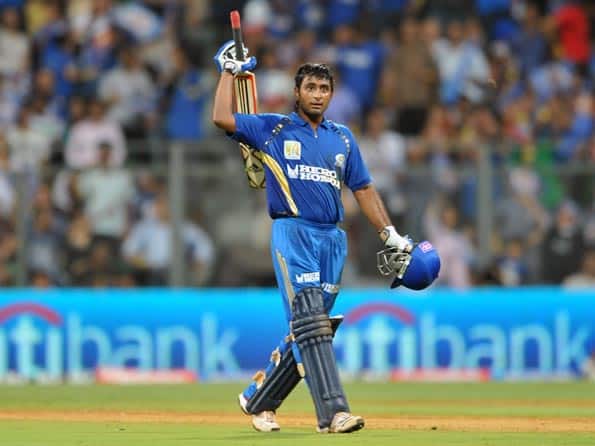 Ambati Rayudu is looking to take the attack to the opposition. Like the King of Pentacles, he will be aggressive and will enjoy accumulating runs. © AFP

Tarot reader Shruti Chopra looks into her cards to give CricketCountry.com readers exclusive insights into what lies ahead in the IPL matches. In the below piece, she dwells into the Kolkata Knight Riders vs Pune Mumbai Indians game – the first of the two IPL matches on Saturday.

The Knight Riders are being represented by the King of Swords and the Ace of Wands – two cards that show them to be well planned and aggressive in its implementation. They won’t shy away from making changes, especially since their confidence is high and like theTen of Cups, are playing well as a unit. They will need to be wary of getting too complacent, as the opposition is looking to come hard at them.

Gautam Gambhir will adapt his batting skills well to the situation and like the Nine of Cups, he will play a confident and stable innings. His batting will be important. As a captain he will look nervous and will make some hasty decisions, which won’t go in his favour.

Brendon McCullum will have a good, strong start. Like the Four of Cups, he will grab his opportunity. However, he won’t be able sustain his momentum.

Jacques Kallis will have a steady start, but his innings will be too slow.

Yusuf Pathan will, like the Hierophant, be balanced stable and have an important contribution to the team’s success.

Debabrata Das will have an aggressive start accumulating runs at a brisk pace. His innings will begin to stagnate before coming to an end.

Brett Lee has a day of hard work ahead of him. He will need to be firm with his plans in order to achieve results.

Sunil Narine will have an inconsistent start. Like the Seven of Swords, he will carry around many ideas and will take longer to get this rhythm right. His spell will end well.

Iqbal Abdulla will have a rewarding start, but this won’t last long. He will be taken to by the opposition.

The Mumbai Indians are looking well balanced and commanding like the Chariot. They will look comfortable for most part of the match, but may suffer from bad advice – this could mean the players giving each other advice that may not work out, or even the team management. Despite this, they will have the ability to, like the Queen of Swords come out stronger from situations and put up a fight.

Harbhajan Singh will, like the Knight of Pentacles, be miserly, steady and well directed with his bowling. He will lead by example. As a captain, he will start off a little unsure of how to implement his plans, but luckily, this will be short-lived. He will, like the Wheel of Fortunebe inspired, bringing a change around in his leadership – making him more commanding.

Sachin Tendulkar is like the Emperor – strong, well directed, wise and have the ability to build strong foundations for the team. He will have a good day.

James Franklin will start off slowly, but he will be confident. He will grow in his innings and have a positive day.

Rohit Sharma will have his share of problems to overcome, as he may get trapped in his own aggression. He will require direction, so that he can use the command from the Seven of Wands to his advantage.

Ambati Rayudu is looking to take the attack to the opposition. Like the King of Pentacles, he will be aggressive and will enjoy accumulating runs. His innings will be an important one.

Kieron Pollard will be well balanced in his approach and will direct himself well according to the situation.

Munaf Patel should be played, as he will be economical and successful in taking wickets.

Lasith Malinga will be aggressive when required and will contain when needed. His ability to adapt himself will bring him success.

Pune gets a cricket museum displaying the 'Blades of Glory'