Tertius Bosch, was one of the first fast bowlers to play for South Africa after their re-admission. He died only at 33, under mysterious circumstances.

Tertius Bosch, born March 14, 1966, was one of the first fast bowlers to play for South Africa after their re-admission. However, his death and the mystery around it is what grabbed the headlines later on. Now, his son Corbin is walking  in his footsteps having made been successful at the Under-19 level for his country. Nishad Pai Vaidya writes about Bosch.

There are some cricketers who aren’t exactly remembered for their deeds on the field. Sadly, Tertius Bosch is one such player, whose mysterious death and the subsequent drama that unfolded is what people usually talk about. But on his day, he was a genuinely quick bowler and one of the first to represent South Africa, when they emerged from their sporting isolation. He played only one Test and two ODIs, but his real value can be assessed by looking at his domestic record.

Born in Transvaal, Bosch was still studying his dentistry when he made his First-Class debut in 1987. On his First-Class debut for Northern Transvaal B, he took a five wicket haul and was very consistent as the years progressed. In 1990-91, he had a very good season, as he picked up 42 wickets at an average of 26.40. And, he was one of the consistent performers in domestic cricket and was picked for the 1992 World Cup. Bosch made his debut against New Zealand at Auckland.  In that game, he only bowled two and a half overs and went wicket-less, as New Zealand completed a run-chase.

Bosch did not play any further part in the campaign in the 1992 World Cup, as they crashed out during the semi-final stage of the tournament. On the tour to the West Indies that followed, Bosch played another ODI, but was taken apart in his 6 overs. Then, Bosch also played South Africa’s inaugural Test after re-admission when they faced the West Indies at Barbados. In the first innings, he picked up the wicket of Brian Lara as West Indies were restricted to 262. In the second innings, when South Africa were looking to put pressure on the hosts. Bosch picked up two wickets, the first and the last as West Indies set South Africa a target of 201, one they failed to achieve.

That was the last time Bosch played for South Africa. Thereafter, he did play in domestic cricket for a few years and even made the occasional appearance for the South African representative sides. However, he could never break through into the side again. Although he used to bowl seriously quick, there were the likes of Allan Donald, Fanie de Villiers and others who had established themselves. Bosch last played in 1998 and retired with 210 wickets in 68 First-Class games.

There was some huge drama surrounding Bosch’s death. On February 14, 2000, it was announced that he had succumbed to Guilliame Barre syndrome. He was only 33 and had a wife and two young sons then. In the years that followed, it only got murkier, as there were very strong rumours of him being poisoned and as a result his body was exhumed for further investigation. In the eye of the storm, was his widow who allegedly had a few affairs and it was said that Bosch had taken the services of a private detective to keep a check on that.

While this continued, there was a matter of succession as Bosch’s siblings had a will that was set to leave out his wife. In a landmark judgment by the court, the will was held valid and his son Corbin inherited his wealth.

Amidst that, a cricketer was taking shape. Young Corbin followed his father’s footsteps and took to fast-bowling. Exactly 14 years to the day his father died, Corbin Bosch made his under-19 World Cup debut in UAE. Three weeks later, he starred in the final as his spell of four for 15 helped them win the title. In an interview with CricketCountry, he said, “It feels something else. Especially performing like this in the final, the last thing I would have thought was me playing in a final a year and a half ago. Being in the Under-19s and winning a World Cup is just unreal. Following my dad’s footsteps, he also played the World Cup, makes it extra bit special.” 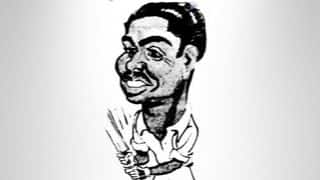