We have had only one Test in the 2017-18 Ashes, and it has fanned the fire enough. The caravans now move to Adelaide for the first ever day-night Test between Australia and England.

Jonny Bairstow and Cameron Bancroft engaged in an on-field chat. Steven Smith sprayed a few words on Bairstow, stimulating feelings of panic. Bairstow collapsed into the trap and lost his wicket. ECB, out of the blue, broke news about interrogating Bairstow for headbutting Bancroft in a pub. By the way, their heads looked perfectly fine during the match.

The media asked Bancroft to narrate the incident during the post-match conference. Bancroft concluded that it must be Bairstow’s way of greeting people, also revealing that a headbutt would not crack his head, which he had once weighed and found it unbelievably heavy. Smith, who was sitting beside him, could not control his laughter. Joe Root later opined that Smith should not have made a mockery of the situation. Smith then cleared the ashes from the air, blaming it on Bancroft’s tell-a-tale.

That was not it. The name-calling began. James Anderson judged the Australians as bully. Smith retaliated, addressing Anderson as “one of the biggest sledgers”.

Australia lead 1-0, and have trapped England in mind games. The caravans now move to Adelaide for the first ever day-night Test between them.

Both teams retain the playing XIs.

Until Steven Smith dulled England’s sense of perspective with his unbeaten 141, England had bowled well. They had batted reasonably well on the first two days, followed by early inroads into the Australian top order. But Smith was unwilling to provide any solace to the Englishmen. The 26-run deficit damped England’s morale in the second innings. Bancroft and Warner took care of the 170-run target.

“Take Steve Smith’s innings out of it and they were 160 all out in the first innings,” said Root at the pre-match conference.

Root is mindful of the Smith phenomenon. England will be at the doorstep of defeat if Smith creates an encore of his intelligence.

The pink ball will push the pacers at centre stage, especially at twilight. The conditions will gradually grow inhospitable for the batters, tickling the outside edges of their bats. For that, Australia have three pacers and England have four.

Stuart Broad moves the ball off the deck; the scrambled seams gives very little idea as to where the ball will eventually swing. Ball extracts extra pace. Woakes has good control. And then, there is Anderson: he, to put things into perspective, is armed with everything that the others envy of.

The contest largely depends on how the pacers shape up. Australia may have the home advantage, but the English pacers have a classic variety in their pacer department.

Test cricket in the pink of health

The 330th Test in The Ashes will be played under the lights, with a pink ball. The temperature will be in the low 20s, and a cool breeze will run across the picturesque Adelaide Oval. These are perfect remedies to keep Test cricket in the pink of its health. And to keep it equally merry for the spin department, the curators have sprinkled ingredients that will please Nathan Lyon and Moeen Ali. 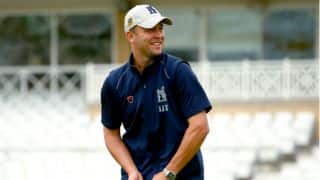