The Ashes produces stories that challenge our imagination. The fifth Test at SCG might as well feed us with things beyond cricket.

It took a docile track of MCG for England to dodge another humiliation. What will they play for? They have already conceded the urn.

The Australians took turns to the kiss the urn (the Marsh brothers did it together) after they cracked England up at Perth. Steven Smith already has 604 runs at 151, and Mitchell Starc, despite missing the fourth Test, is the highest wicket-taker in the series. What will they play for? They have the urn.

More importantly, what will we watch The Ashes for? We have seen it all. Jonny Bairstow head-butted Cameron Bancroft who revealed that he has one of the heaviest heads and that he has weighed it. Ben Duckett poured beer on James Anderson, England’s highest wicket-taker and fifth-highest overall. And there also was an incidence when Aleem Dar had to stand between Smith and Anderson to avoid any kind of tussle. Neither did he warn them nor did he look at them, instead standing coolly with his hands in his pockets. These are #JustAleemDarThings.

The Ashes produces stories that challenge our imagination. The fifth Test at SCG might as well feed us with things beyond cricket.

Cameron Bancroft, who was picked ahead of Matt Renshaw, has scored 179 runs at 29.8. Usman Khawaja, who was benched throughout the India series and scored a mere 2 runs in Bangladesh, has 17 runs lesser than Bancroft.

England, too, have a problem of similar magnitude, although Mark Stoneman and James Vince have slightly better averages than Bancroft and Khawaja. Both teams would want their opener and No. 3 batsman to make amends in the final, which may eventually decide their place in the squad.

Woakes out, Crane in

Chris Woakes has a side strain, making way for leg-spinner Mason Crane. England will be a pacer short, but hey, if Anderson at 35 is still taking wickets at an average of 26, what do they need four fast bowlers for?

Crane s debut may as well be a blessing in disguise. Moeen Ali, who had whirled South Africa with his spin at home, has managed a meagre 3 wickets at 135. With nothing to lose, Crane’s leg-spin will test Smith’s invincibility against the ball that turns with his shuffle.

Tom Curran, who bowls a bouncer, off-cutter, back-of-the-hand delivery, yorker, length ball, and full toss in an over in Test cricket, keeps his spot.

Starc in, Agar under the cloud of uncertainty

England will have two spinners. So why won t Australia? Because the fit-again Starc has 19 wickets, Hazlewood 18, Lyon 17, and Cummins 15 (why doesn’t he have 16?). Smith had started his career as a leg-spinner, and then Don Bradman appeared in his dreams and asked him to chase immortality. David Warner, too, bowls leg-spin, but is armed with a better bowling action. To cut the chase, Ashton Agar will have to play the 12th man.

“It’s been a good series personally for me but also the team as well. I think we’ve played some really good cricket, so it’d be great to end this series with a 4-0 win but we ve still got a hard five days in front of us.” – Steven Smith

“When someone is going through a tough period it’s important as a squad that you remember how valuable he has been and what he’s capable of doing.” – Joe Root 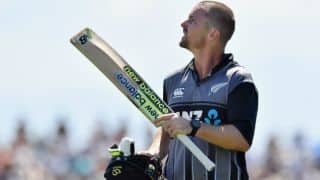 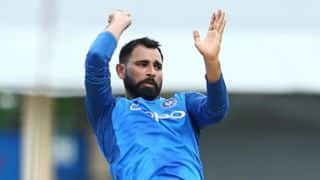