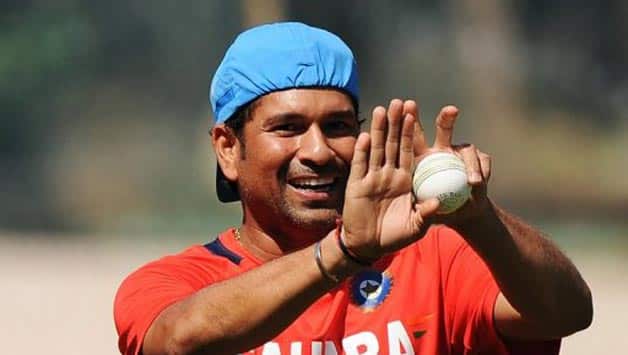 Sachin Tendulkar is what he is today because he kept his head on his shoulders, says the author © AFP

“Sachin,” was Hemant’s reply. The name instantly rang a bell as I had read about his exploits in school cricket, particularly that 664-run partnership with Vinod Kambli.

Sachin made 70-odd runs against us that day. For a young boy, it was absolutely brilliant — his strokeplay, his placement of shots and the shot-selection. At the end of the day’s play, my teammates asked me what I thought of him. I said, “I have been playing and watching cricket for over 50 years in the city. I have seen a lot of talent. I hadn’t seen Sunil Gavaskar when he was 14 and a half.  So, I can’t compare. But, otherwise, this is an outstanding talent. If this boy should keep his head on his shoulder, he should play for India sooner than later.”

And, he did go on to play for India at the age 16. He is what he is today because he kept his head on his shoulders.

Even then, one could see a good cricketing brain in Sachin and that he could execute strategies. Take the example of badminton, where you had champions like Nandu Natekar and Suresh Goel. It wasn’t only about their strokeplay, their game had court craft, strategy and they would also asses the opponent. Sachin was outstanding at that age. For that kind of talent, the one difference between him and the lesser mortals was that he could see the ball a fraction of a second earlier. He would then get into position to play a shot and it was remarkable for someone that young. If one has to make a comparison, by temperament, he is an aggressive player as he wants to dominate the bowlers. But, Sunil may have been a little defensive. Both could play all shots in the game, but Sunil’s mindset was different.

I was the President of the CCI at the time and the club has had this practice of inviting two outstanding players in Mumbai to play for it as “playing members.” The first two players who joined the club as “playing members” were Vijay Manjrekar and Subhash Gupte. The idea was Vijay Merchant’s, as he thought such young and promising players should get the experience of playing in the atmosphere of the Brabourne Stadium and against good teams. Such a term was two years long, at times extended to three. So, this practice was not new, but all the players before Sachin were above the age of 18. As a result there was no problem about them being members. To enter the club-house, you had to be over 18.

On a personal note, when I occasionally played for the CCI as a young boy, I couldn’t enter the club house and had to get to the field through the stands. The rules were that strict. The problem was Sachin was around 14-years-old. Raj Singh Dungarpur and I thought that here is an exceptional talent and we approached the CCI Executive Committee (EC) with that thought in mind. We said that we had to encourage this outstanding player and hence bend the rules; allowing him to use the dressing room and club house. Fortunately for us and the CCI, the EC wholeheartedly agreed even though Raj Singh and I were the only ones there who watched Sachin bat.

Sachin played Kanga League for a couple of years and made good contributions to the team. However, I used play the tournament for Jolly Cricketers and I couldn’t interact with him a lot during his stint at CCI. I knew his brother Ajit Tendulkar as he too played for Jolly Cricketers. Incidentally, Ajit was also a good cricketer.

Frankly, I don’t think anybody would have imagined then that Sachin would go on to play 200 Tests and 463 One-Day Internationals (ODIs). When a young player emerges, one doesn’t make such guesses. This game is cruel. One may have all the talent, but talent and success do not necessarily go hand in hand. There are many factors that go into making a successful cricketer. We may have seen similar if not better talent, but people may lose their way and their careers suffer as a result. This young boy was totally committed to the game. If anybody says that they predicted that he would go on to score 35,000-odd international runs, that wouldn’t be accurate.

To me, Sachin’s retirement is the end of a dream. His career, every innings for that matter, was like a dream. The game is a great leveler. I may get a hundred now and get dismissed for no score in my next innings. The famous case is that of Sir Don Bradman, who finished with a career average of 99.94. Needing four to end with an average of 100, he was dismissed on naught, bowled by Eric Hollies in his last Test innings. In that sense, cricket is a fickle game. Sachin also would have had his failures, but the devotion with which he played and the joy he gave to millions remains unparalleled. Indians would certainly miss him.

In what capacity he would keep himself associated with the game is difficult to say now. But a person of his stature can certainly advice the youngsters from his wealth of experience. He will be missed on the field, but need not be missed in the game cricket.

I have been fortunate to know him and his family. I knew his father Ramesh Tendulkar very well. The Tendulkars are a very fine family.

Sachin, you have given us a lot of pleasure, and we hope you continue to stay with the game and help the future generations. In every sport, champions come and go, but the game goes on. So, we have to wait and watch if someone like him comes along.

—   As told to Nishad Pai Vaidya

(Madhav Apte is former India Test cricket who played seven Tests. Despite scoring 542 runs at an average of 49.27, he bizarrely never played for India after his short stint)