Chanderpaul has not been named in West Indies’ training roster as they gear up for the big challenge against Australia at home.

Shivnarine Chanderpaul was dropped from the West Indies’ training squad ahead of their Test series against Australia. The decision could well mark the end of a great career, opines Nishad Pai Vaidya.

Shivnarine Chanderpaul may be 40 years old, but even today he maintains a wiry frame — almost unchanged from his earliest days in the sport. However, age gets on with the best and we may have seen the last of this great West Indian batsman. Chanderpaul has not been named in West Indies’ training roster as they gear up for the big challenge against Australia at home.

Last year, Chanderpaul had shown that he maintained that insatiable hunger to score big. Although he hasn’t been a part of the West Indies one-day squads since 2011, he has been a regular in the Tests and has also featured in county cricket. This man quietly went about his job, taking guard in that trademark way with the bail, and that stance facing the square-leg umpire. In the series against Bangladesh last year, he recorded scores of 85 not out, 84 not out and 101 not out in his three innings. However, it all went downhill since the tour to South Africa.

As Clive Lloyd, the former West Indies captain and the current chairman of selectors noted, Chanderpaul has batted 11 times in the last 12 innings and has averaged only around 16. In those knocks, he has entered double figures only twice. For a man of his consistency, it was a major slump. West Indies can’t be blamed for not including him. There comes a time when you have to let go your best when they aren’t performing, particularly when age is not a favourable factor.

In all probability this seems to be the end of Chanderpaul’s international career. West Indies would want to build their side around promising youngsters like Jermaine Blackwood. Perhaps it is the right time to drop Chanderpaul as West Indies play these Tests at home. Blooding youngsters at home makes better sense.

Chanderpaul has had a stellar career. Though not intimidating in his body language, every team was wary of the danger he carried in Test cricket. Even in one-day cricket, when he got going, he could hit the ball cleanly. Much like Sachin Tendulkar, his career has spanned generations and he deserves to be lauded for his longevity. In an era where one-day cricket was played in abundance and the numbers of Tests also increased when compared to previous times, Chanderpaul lasted for 21 years. That puts him only behind Tendulkar, who lasted for 24 years.

Even when he didn’t have his international commitments, he turned up in county cricket. It is a mark of fantastic fitness and passion for the game.

However, Chanderpaul will walk into sunset almost unnoticed. He never built that aura of being a superstar and only minded his own business — which was to turn up every day in the middle and score runs. That seemed to be the only purpose of this man’s life. Cricket will certainly miss the square-on stance and other features of his batting. Well played, Shivnarine Chanderpaul! 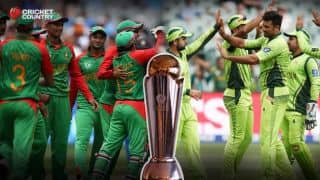 Dream Team: A XI comprising Australians who have featured in IPL history