Jelte D Schoonheim was a medium-pace bowler and a decent batsman, especially for VOC in the Dutch cricket league.

August 5, 2008. The ICC World T20 qualifier final at Belfast ended in a damp squib. Incessant rain meant that not a single ball was bowled, and the title was shared. However, there was sufficient time for the toss, which meant that there was technically a match as per rules. The match also turned out to be the only international appearance of poor Jelte D Schoonheim. Abhishek Mukherjee remembers.

There was Jack MacBryan, who had fielded against South Africa at Old Trafford, but did not hold a catch before it rained after 66.5 overs. He did not bowl either in South Africa s innings of 116 for 4, and neither did England bat. Poor MacBryan thus ended his international career without a single mention on the scorecards.

Of course, he had some consolation, for he was part of the Great Britain side that had won the gold medal in field hockey in the 1920 Antwerp Olympics.

And then, there were Fred Root and Prasanna Jayawardene, whose case could have been worse. Neither man took field on Test debut (their sides batted first), but both got more opportunities later in their careers.

There have been instances in ODIs too, several of them. Of them, Canada s Jawad Dawood did not take field on debut (Kenya batted first) in August 2009. Thankfully, he got one more chance but only one more. There are instances in T20I as well.

And then, there was Percy Herbert, who was not available on Day One (Players of the South scored 551 for 9). After using a local substitute, Herbert was summoned by his nephew Percy Fender, who was captaining Gentlemen of the South. Unfortunately, there was no further play, and Herbert never got to see his First-Class career.

Jelte D Schoonheim is a medium-pace bowler and a decent batsman, especially for Volharding Olympia Combinatie (VOC) in the Dutch Cricket League. He used to be a prolific with ball (though he hardly bowls anymore in the league), and had even scored a hundred against Kampong.

Of course, cricket runs in his family. His father Rene F Schoonheim kept wickets for Netherlands in ICC Trophy 1979, 1982, and 1986. He even scored 117 against Malaysia in the 1982 edition. Tjerk Maarten Schoonheim, elder brother of Jelte, also played cricket.

But this is about Jelte s match. To provide a brief introduction, Netherlands beat Kenya in their first match of the 2008 World T20 qualifier, at Belfast. However, they went down to Canada in their next match. Ryan ten Doeschate s all-round skills ensured they beat Scotland easily in the semi-final.

They met Ireland in the final. Both sides had already qualified for the 2009 World T20 in England (there were two slots for the grabs), so the title was the only thing at stake.

There were enough indication of what was in store when gloomy weather delayed the toss in the final by half an hour. When it happened, local captain William Porterfield won, had one look at the overcast sky, and asked Netherlands to bat.

Ireland went in unchanged, but Netherlands made two changes. They had to release ten Doeschate for his Essex commitments. They also left out Pieter Seelaar. Instead, they fielded two T20I debutants, Jelte Schoonheim and Geert-Maarten Mol.

Mol had already played 4 ODIs (he would play 2 more). Henk-Jan Mol, elder brother of Geert-Maarten, had been playing for Netherlands since the 2002 Champions Trophy. He was there for the final as well. However, Schoonheim was yet to make an international appearance.

Unfortunately, the toss and the exchange of team sheets was all the action the match witnessed. The umpires, Darrell Hair and Paul Baldwin (a German, for the uninitiated), tried their best, but to no avail: the match was called off.

Neither Mol nor Schoonheim played another T20I. However, Mol s short, uneventful ODI career meant that he had at least taken field.

Unfortunately, Jelte D Schoonheim never got that opportunity. His career features a solitary entry in the international matches column and yet, unlike other one-match wonders, he has never taken field at the highest level.

Schoonheim continued to play for VOC till at least 2016.

Ireland vs Netherlands abandoned without a ball being bowled after toss. The sides were named joint winners.

Man of the Tournament: Andre Botha. 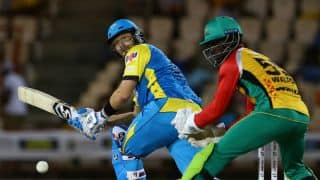 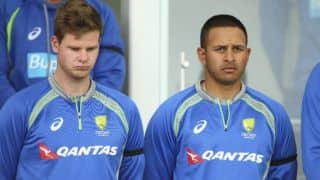